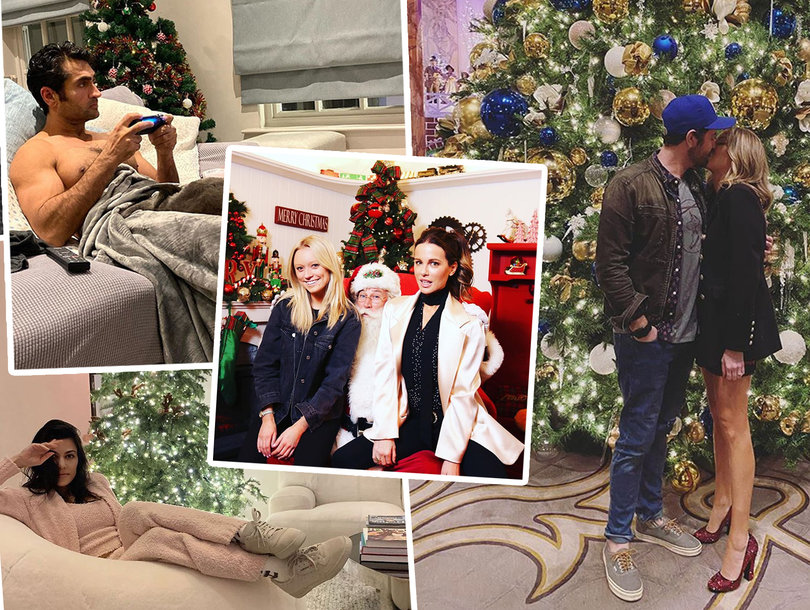 Whitney Cummings got caught up in the so-called “war on Christmas.”

Appearing on Conan earlier this week, the comedian opened up about her troubles with the “terminology” around the holidays, after getting in trouble for saying the wrong thing to her coworkers last year.

“I got in trouble,” the former “Roseanne” writer explained. “Last year, I was working on a TV show, got in trouble with human resources for saying ‘Merry Christmas’ to an intern.”

Explaining that she said it to everyone as she was leaving the office before winter break as a “formality,” she was pulled into HR when the staff returned to work in the new year. “They were like, ‘Hey, we need to talk to you. One of the interns is pissed off that you said Merry Christmas.'”

Joking that she didn’t even care how anyone’s Christmas was, she then said she asked what she should have said in the situation. “Do they celebrate something else,'” she recalled asking. “They’re like, No, they’re agnostic.” Those who are agnostic believe the existence of God is unknown and unknowable.

“I was like, ‘No no, no, you do not get to do that,'” said Cummings. “Had I known this person was agnostic, that would mean we were in a relationship. That would mean we were intimately connected. I don’t know who believes in God and who doesn’t. I also can’t guess either. I can’t guess your holiday by what you look like. That’s offensive, that’s very offensive. I can’t be like, ‘Hey Mary, Happy Hanukkah!'”

After Cummings started making headlines for her story, fellow comedian and longtime friend Chris D’Elia expressed outrage over her being reported to HR.

“This stuff is what makes people who are politically on the fence swing to the right,” he tweeted. “Complaining about shit like this is what will get Trump re-elected. It’s already done. Liberals got him 4 more years. F–kin idiots.”

On Friday morning, Cummings tweeted out another article about her Conan appearance, joking, “I’ve been told the safest thing to say is ‘have a good holiday’ then to set yourself on fire.”

View Photos
Instagram
Holiday Cheer 2019: How the Stars Are Getting in the Holiday Spirit