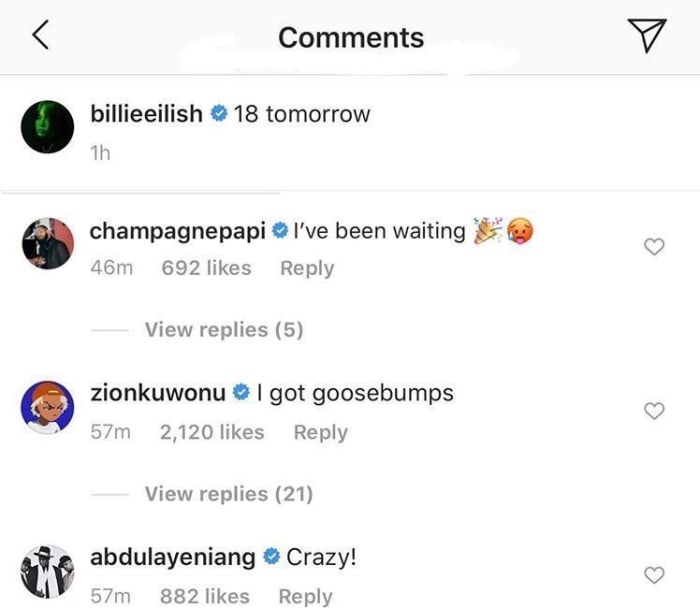 Drake has been friends with pop superstar Billie Eilish for years. But now it appears that Champagne Papi wants to be more than that.

The rapper reached out to her via Twitter, and said that he’s been “waiting” for her to turn 18, the legal age of consent in the United States and Canada.

Last month, in an interview with Vanity Fair, the teenage singer opened up about her friendship with the 33-year-old Canadian rapper. The two never met in person, but Billie revealed they’ve texted quite a bit and referred to him as “a homie of hers.”

She told the mag, “But like Drake, c’mon. Drake. Drake is like the nicest dude I’ve ever spoken to.” Adding, “I mean I’ve only like texted him, but he’s so nice. Like, he does not need to be nice. You know what I mean? He’s at a level of his life where he doesn’t need to be nice, but he is. You know?”

Billie’s debut studio album, When We All Fall Asleep, Where Do We Go?, debuted atop the Billboard 200 and became the best-performing album of 2019 in the U.S., also reaching number one in the UK, Canada and Australia.