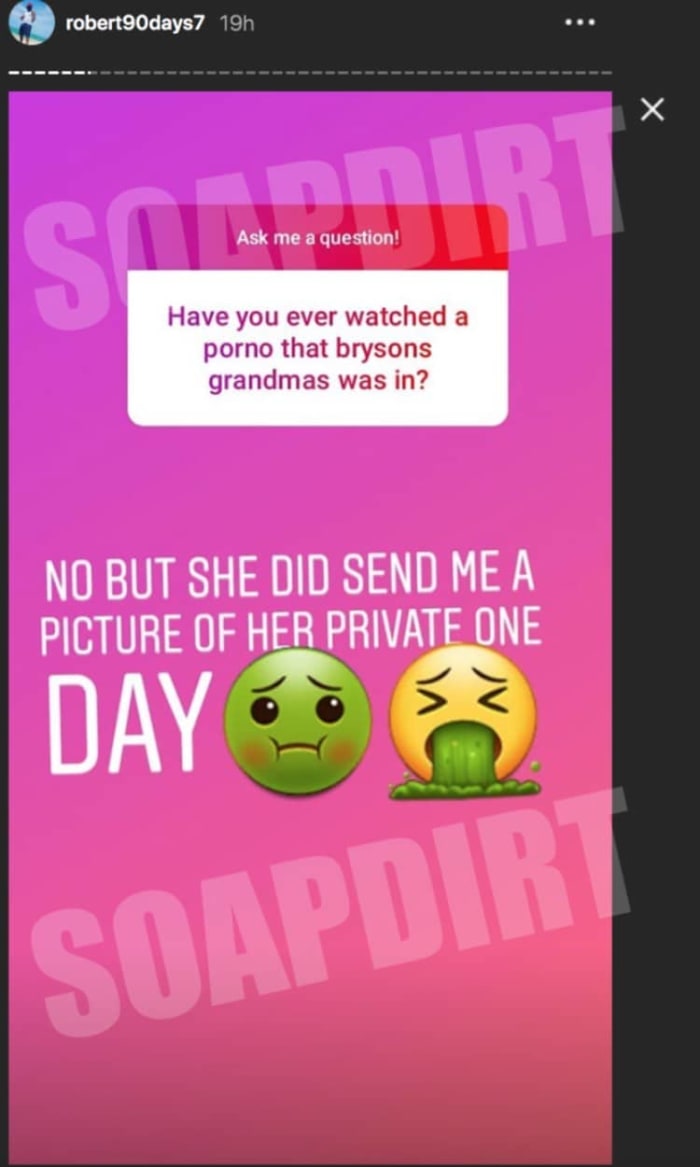 Robert is set to marry his fiancé Anny, whom he met online when she lived in the Dominican Republic.

As part of the 90 Day Fiancee storyline, Diamond is concerned that Anny is going to spend a lot of time with her grandson. And Anny is trying to win approval from her soon to be step-son’s grandmother.

Well here’s some tea. According to Robert, his step-mom was sending him nudes.

Robert claims Stephanie sent him a picture of her “privates.” And she claims that she did it by “accident”. Another 90 Day Fiance follower asked about the way she kisses Bryson on the mouth. And, Robert Springs said it’s something he talked to her about.

Diamond was born in 1973 in Georgia. Her mother was in the Marines, and dad was in the navy. She also joined the navy, but they expelled her on charges of sexual misconduct. She then started to make it to adult entertainment and has made more than 50 movies since then.