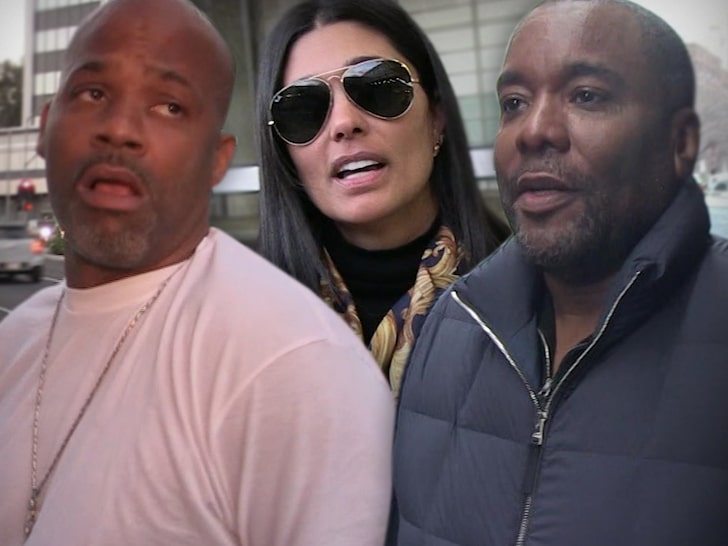 Damon Dash and his baby mamas are cutting him out of the equation when it comes to settling up his hefty child support tab — and instead, the dough will come straight from Lee Daniels.

The hip-hop mogul had a hearing Tuesday in NYC, where he and Rachel Roy and Cindy Morales came to figure out how to square the $950k he owes them in back child support. Their settlement plan involves a previous settlement Damon reached with Daniels. Stick with us.

Lee and Dame reached a settlement earlier this year over a $5 million lawsuit Dame had filed against him. On Tuesday, Roy and Morales’ attorney Donnell Suares, and Dash’s attorney Natraj Bhushan informed the court the child support will come directly out of the pot of money Lee owes Damon.

The deal calls for the women to be paid in installments of several thousand dollars per quarter until the total of $950k is paid in full.

Rachel and Cindy had this idea earlier this year when they sued Lee to get direct payments.

You’ll recall, just last month — in an entirely different legal battle — Dash cried poverty, saying in court docs he couldn’t pay off a $2,400 debt. You’ll recall, cops arrested Dame about 2 weeks ago over the child support. When he got out he told us he’d paid what he owed.

Seems like he didn’t, but at least they’ve now agreed on a payment plan. They just need the judge to sign off on the deal.