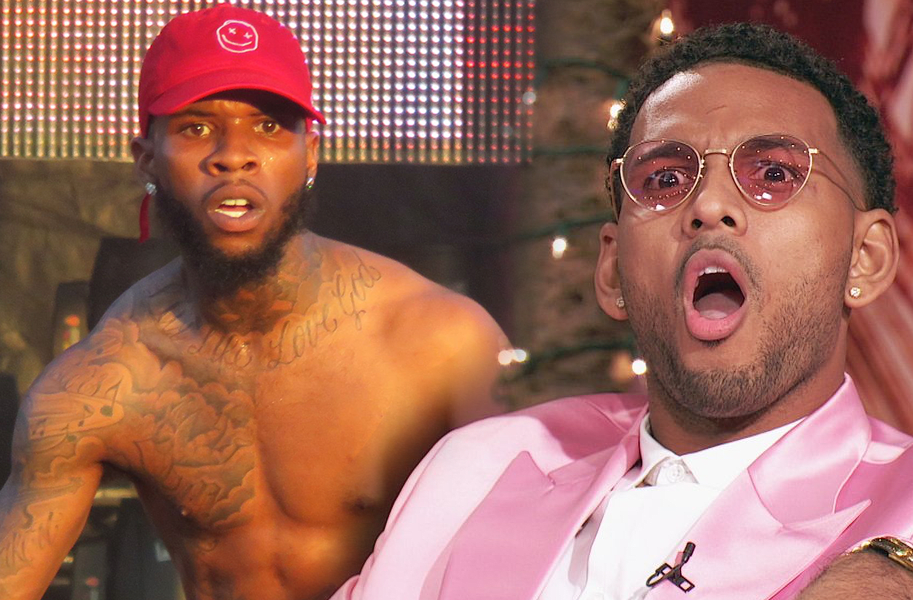 Rapper Tory Lanez is in trouble this morning, with the Miami police because he was caught on video last night, punching Love & Hip Hop star Prince at the Miami hot spot LIV.

Prince, who is a party promoter in Miami, can be seen on the video talking to Tory. And then the rapper hauled back and hit him with a left hook.

The Canadian rapper-singer was LIV Miami Friday night, where he was booked to do a show. Prior to taking the stage, however, he got into a little dust-up with someone who must’ve said something truly out of pocket … ’cause Tory tried punching him near the VIP area.

Luckily for Prince – it appears that Tory doesn’t hit very hard. Because the Love & Hip Hop Miami star ate the punch and managed to back away while still on his feet.

Following the punch, Tory can be seen on the video chasing Prince down – to hit him with a few follow up shots.

According to TMZ – who first published the video – Prince was not seriously injured by the beating that Torey gave him.

TMZ got a hold of this video in the moments Tory swung — it’s unclear if he connected with the guy cleanly, but the dude fell back and Tory charged after him. Eyewitnesses tell us that the rest of Tory’s security team and entourage allegedly joined in on the beat down too.

Police are looking into the video, but it’s not clear what – if anything – they plan on doing to the rapper.