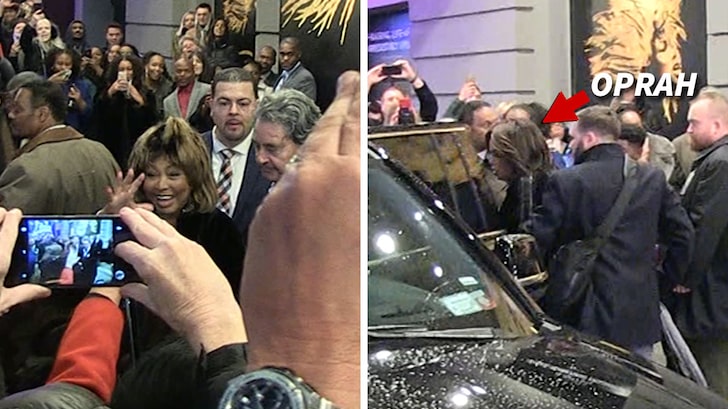 Tina Turner fans screamed their faces off as she left the new musical ’bout her life … which Whoopi Goldberg touts as simply the best damn thing on Broadway.

As “The Queen of Rock ‘n’ Roll” left the Lunt-Fontanne Theatre in NYC Thursday night, fans gathered round to cheer her on and a full-on “Tina! Tina! Tina!” chant broke out.

Oprah and her BFF, Gayle King, were also spotted getting into their rides after taking in “Tina –The Tina Turner Musical” … which just officially opened and stars Tony Award nominee Adrienne Warren in the title role.

Speaking of Warren … we got Whoopi Goldberg after she saw the performance, and she was awestruck by what she had just witnessed. Whoopi compared Adrienne to another huge star who broke out on Broadway back in the ’60s … and is still going strong.