Chance The Rapper proved why he’s not Chance The Hooper on Wednesday … throwin’ up air balls and brick shots on the court after the Clippers game … and it’s all on video!!!

The 26-year-old “Hot Shower” rapper had a courtside seat alongside superagent Rich Paul for the Clips’ match-up with the Milwaukee Bucks … and after the final buzzer, he was allowed onto the court to shoot around.

Look, we’re not gonna sugarcoat it — Lil Chano SUCKED … missing 11 straight shots, including what may have been either a bad dunk attempt or a lame layup. Either way, it was bad. 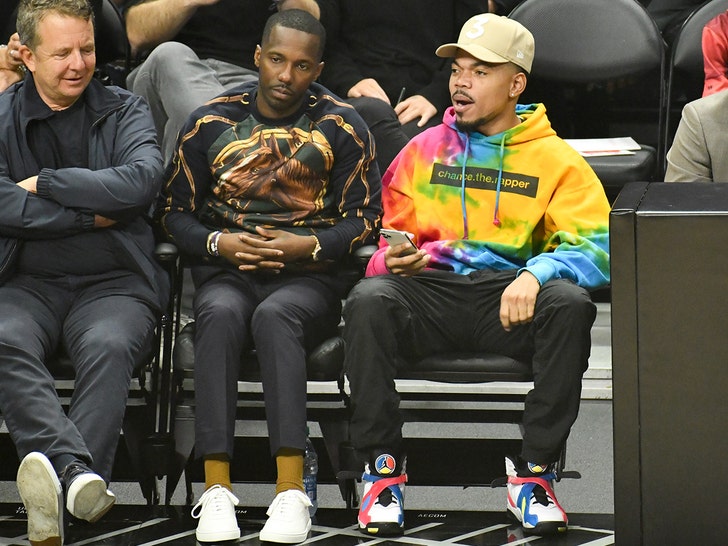 He did finally sink a 3-pointer … and did hook up his pal with an assist. But, it was so bad, people that stuck around after the game were clowning him. One guy shouted, “You suck!”

But, it’s all good though … Chance is one of the most successful artists in the game right now and already has 3 Grammys in his career … so don’t feel too bad for the guy.

And there’s still hope for Chance … remember Drake was clowned for those air balls at Kentucky a few years back — but hired some specialists who fixed his shot and now he’s pretty good!!!