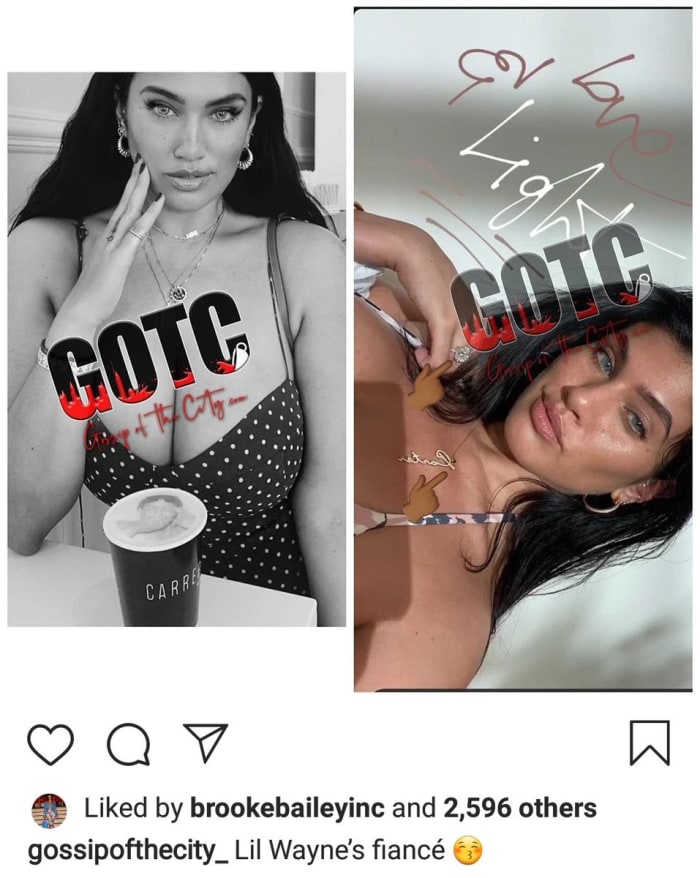 But…this isn’t Lil Wayne’s first “engagement.” Lil Wayne was engaged to the beautiful Dhea Sodana, who was considered the Lollipop rapper’s fiancee for nearly a decade. But the two finally called it quits earlier this year.

Now, according to online reports, Wayne is believed to have gotten engaged to a pretty plus size Instagram model named La’Tecia Thomas.

Rumors of a Wayne-La’Tecia romance have been bubbling on social media for months. But a few weeks ago, she showed up with a huge rock on her hand – and told folks that she’s engaged.

Here’s the initial report, claiming that Wayne and La’Tecia are engaged:

And here’s La’Tecia confirming that she’s engaged. She refused to tell her fans WHO she recently got engaged to:

An ex of Lil Wayne’s Nivea recently opened up about her former relationship with Lil Wayne and unlikely friendship with Lauren London, who was pregnant with the rapper’s child at the same time she was also carrying their son.

In an interview with VLADTV published on Wednesday, the Grammy-nominated “Don’t Mess with My Man” singer first explained that she and Lil Wayne (né Dwayne Michael Carter Jr.) got back together following her divorce from Terius “The-Dream” Nash in 2007. The two had previously dated and gotten engaged in 2002, but Lil Wayne called off the engagement a year later.

“He reached back out like, ‘Where have you been?’ It had been five years,” Nivea, 37, said. “He wanted to apologize for the way it ended before. And I needed a damn friend. I felt like the whole world was laughing at me.”

At the time they reconnected, Lil Wayne, 37, was expecting a son, Dwayne Carter III, now 10, with his ex, Sarah Vivian, 32. He was already dad to his now 20-year-old daughter Reginae (whom he shares with ex Antonia Wright), and Nivea had three kids from her marriage to The-Dream, 42: daughter Navy, 14, and twin sons London and Christian, 13.