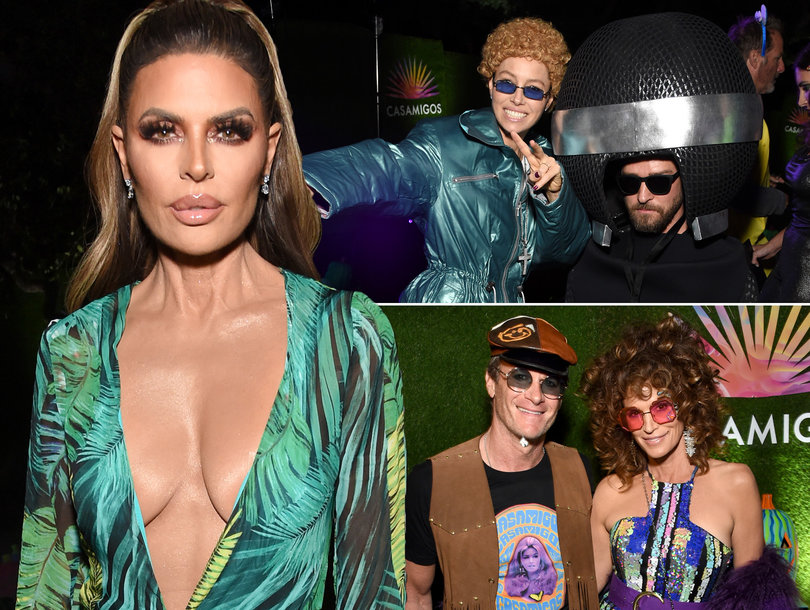 Courteney Cox had fans in a tizzy over a snap of herself taking a dip in a hot tub with David Beckham.

On Friday, the “Friends” star, 55, shared the photo — which shows her rocking a bikini and the soccer star, 44, donning swim trunks — with the caption, “Too hot in the hot tub! #modernfamily,”

A second photo had the pair joined by “Modern Family” actors Jesse Tyler Ferguson and Eric Stonestreet, while eagle-eyed followers deemed Cox putting her hand on Beckham’s leg inappropriate as they are both in serious relationships.

Cox currently dates Johnny McDaid of Snow Patrol while Beckham has been with wife Victoria for over 20 years.

But Beckham was quick to clear up the misunderstanding as he took to his own Instagram to share a pic of the two with scripts in hand working on their guest stints for the sitcom “Modern Family.”

Jesse even joked in the comments section, “Sorry I was so gassy,” as James Marsden immediately replied, “Hey! That’s my hot tub!”

And fans of “Friends” had a blast with the images as one posted, “Chandler is like wtffff,” as another echoed the sentiment writing, “I cannot believe you’re cheating Chandler like that I thought he’s the only man who you took a shower with!”

**_Got a story or a tip for us? Email TooFab editors at <a