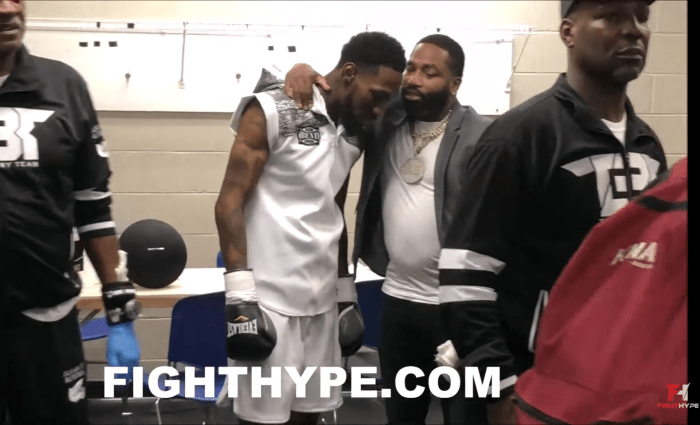 Boxing superstar Adrien Broner was once one of the brightest stars in combat sports. Just a couple of years ago, he was the World Champion at 140 pounds.

Adrien was spotted out yesterday, attending a fight of a young boxer that he’s promoting. And well, Adrien was looking like a heavyweight.

According to onlookers, Adrien is now reportedly more than 200 pounds.

Here’s the pic of him: