The Houston Astros just fired their assistant GM Brandon Taubman — saying an investigation revealed he did, in fact, direct inappropriate comments toward female reporters during a locker room celebration.

As we previously reported, several journalists claimed Taubman screamed, “I’m so f*cking glad we got Osuna!'” at a group of women in what was interpreted as a verbal taunt.

The backstory … the Astros traded for Osuna after he was accused of domestic violence while he was a member of the Toronto Blue Jays.

Houston had received backlash for acquiring the all-star closer … and after he helped the ‘Stros earn a trip to the World Series last week — Taubman’s comments were interpreted as a middle finger to his critics. 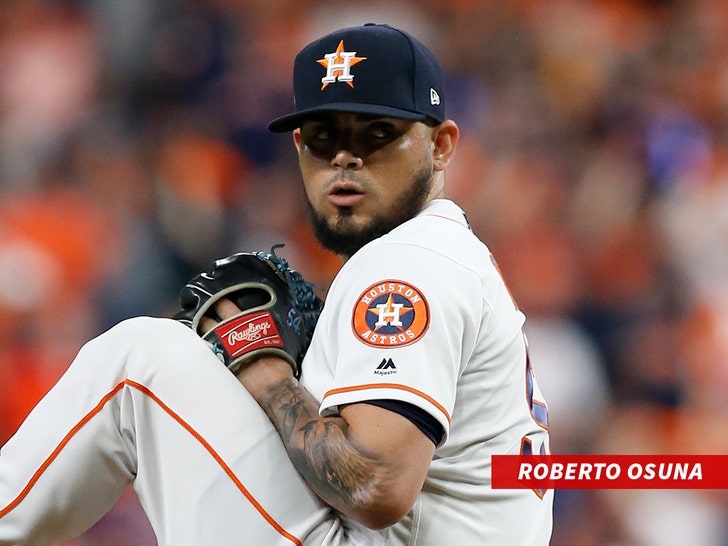 But, the reporters didn’t find the comments appropriate at all … and despite initially defending Taubman, the Astros say a probe revealed their top-ranking exec was in the wrong.

“Our initial investigation led us to believe that Brandon Taubman’s inappropriate comments were not directed toward any reporter. We were wrong,” the team said in a statement.

“We sincerely apologize to Stephanie Apstein, Sports Illustrated and to all individuals who witnessed this incident or were offended by the inappropriate conduct. The Astros in no way intended to minimize the issues related to domestic violence.”

The team added, “Our initial belief was based on witness statements about the incident. Subsequent interviews have revealed that Taubman’s inappropriate comments were, in fact, directed toward one or more reporters.”

“Accordingly we have terminated Brandon Taubman’s employment with the Houston Astros. His conduct does not reflect the values of our organization and we believe this is the most appropriate course of action.”

It’s unclear if further punishment will be levied against the team for the locker room outburst … MLB commissioner Rob Manfred said earlier this week the league is still investigating.