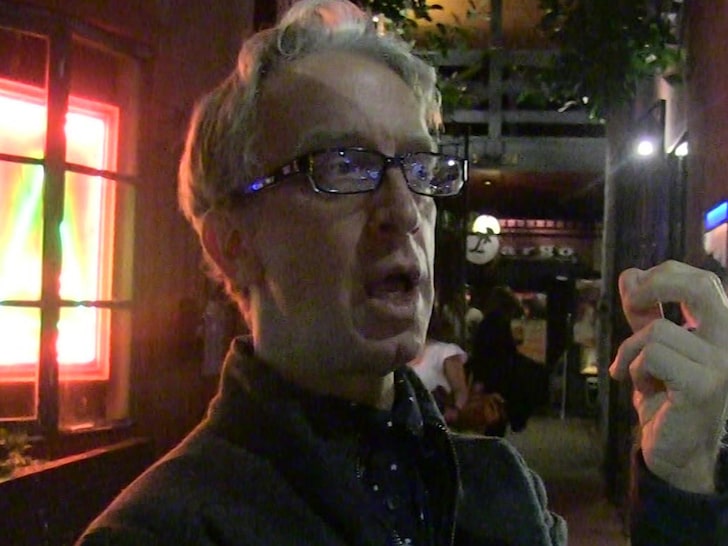 There’s an active warrant out for Andy Dick‘s arrest after a bizarre Uber ride where he allegedly groped his driver.

Our law enforcement sources tell us … Andy was riding in the Uber back in April 2018 when — according to the driver — Andy reached over and grabbed his crotch.

It’s unclear what led up to the incident, but the driver didn’t take it lightly … and went to the L.A. County Sheriff to file a report. Cops completed their investigation, and the D.A.’s office decided to charge Andy with misdemeanor sexual battery.

Our sources say the arrest warrant was issued back in March, but the actor hasn’t been nabbed yet. We’re told the warrant remains active.

It’s not the first time the comedian’s faced such a charge. We broke the story … back in July 2018, the L.A. City Attorney slapped Andy with a misdemeanor sexual battery for allegedly groping a stranger — that time it was someone on the street.

We’ve reached out to Andy’s rep. He had no comment.