Shawn Mendes says his relationship with Camila Cabello‘s the real deal, but when it comes to whether they’re using the L word … let’s just say he’s taking a gentlemanly approach.

The “Señorita” singer was at LAX Wednesday when a pap asked him point blank about all the PDA with CC — specifically when they showed off their sloppy kissing style last week.

Shawn says that was a little bit of a joke (we know, we saw them laughing through it), but then he makes it clear they are very serious about each other when he addresses the “meet the parents” question.

As for all the speculation the pop stars are only together for good publicity, Mendes speaks up to shut that down. However, when the photog asked if they’re at the “I love you” stage of their relationship — he was way less talkative.

It’s one thing to kiss, but kissing and telling? 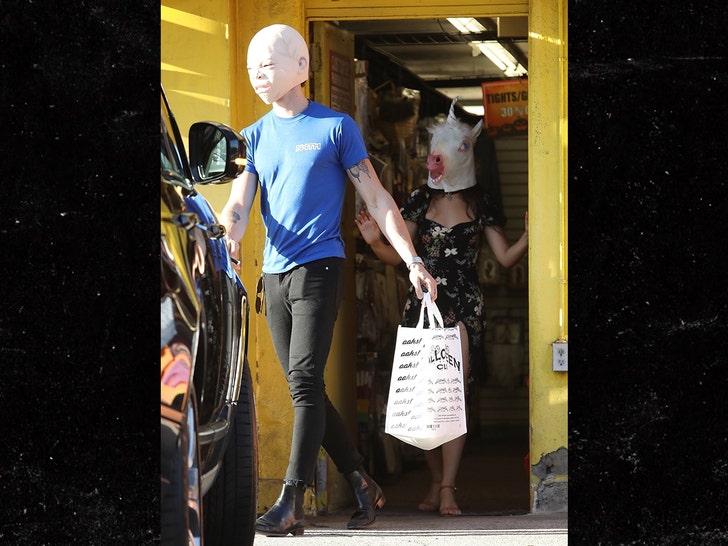 Regardless, the couple is clearly having fun. Shortly after he got to L.A., he and Camila were out in West Hollywood showing off their early Halloween costumes they’d just purchased.

Shawn went with a creepy baby mask while Camila opted for a unicorn head. A real couple o’ characters … these 2.