Mike “The Situation” Sorrentino won’t be running off to honeymoon with his new bride anytime soon — he knows there’s a ton of money to be made — and he’s gotta strike while the iron is hot.

Sources close to Mike tell us the “Jersey Shore” star’s The Sitch clothing store has seen record numbers since his prison release. We’re told Sorrentino’s plan for the foreseeable future is to hunker down in his New Jersey home and manage sales and marketing.

The store caters to men, women and children, and Mike dreamed it up just after his November wedding … but we’re told sales of t-shirts and accessories never really took off until Sitch got locked up. Since his release, those numbers have grown exponentially. 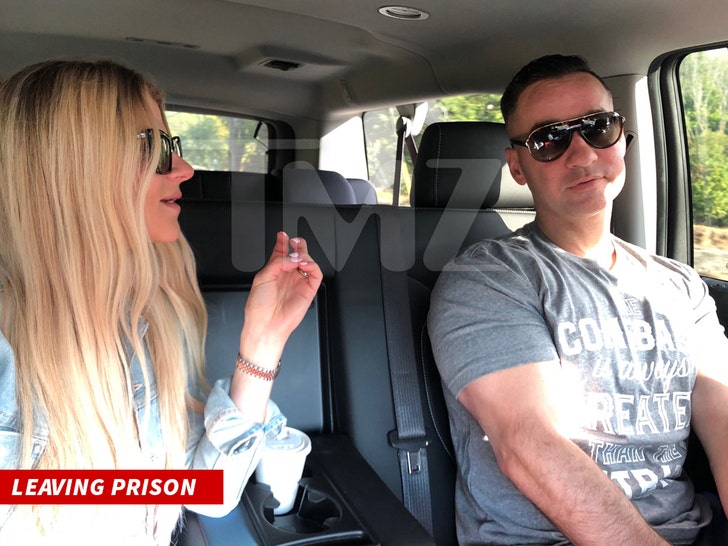 As for no honeymoon …. it’s all relative. After 8 months in lock up, being home is like paradise, so Mike’s happier than a pig in s**t, and we’re told Lauren is just as happy to have him around. They’ll eventually go on a honeymoon, but they don’t feel it’s a pressing issue.

One thing they’ve put on the front burner … starting a fam. We’re told Sitch and his chick are already doing what’s necessary … which is exactly what Lauren told us she had in mind just before Mike got out.

Mike’s also got a book in the works … a certain money maker. Gotta respect the dude’s hustle.

As you know … Mike came out of prison looking straight-up shredded — he had plenty of time to lift weights on the inside — and he’s also approaching 4 years of sobriety.

Not a bad situation.