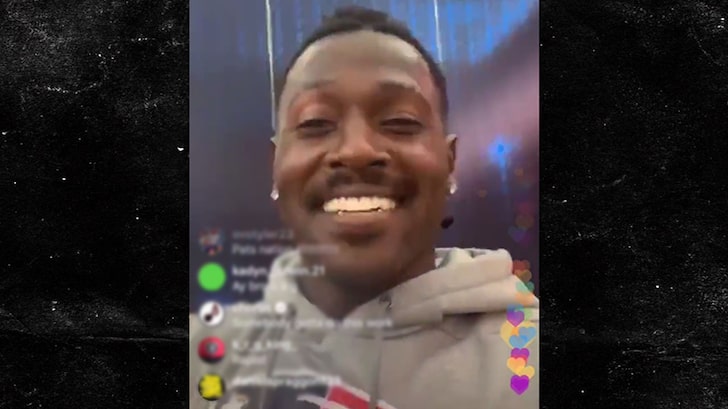 Antonio Brown wants to show he’s not being shunned by his Patriots teammates — it’s the opposite — with Tom Brady welcoming the embattled WR to his famous TB12 training facility.

AB went live on Instagram on Thursday to show fans that he got a tour of the facility with Tom’s personal workout guru Alex Guerreo.

Brown had a message for his fans during the live stream … saying “Stay focused. The devil gonna to try to bring you down when you get closer to your goals. The key is, don’t let him.”

Brown has been at practice the past 2 days despite rape allegations spelled out against him in a lawsuit filed in Florida.

Earlier this week, Bill Belichick said the Pats are taking the situation very seriously, but wouldn’t say if they planned on having AB with them on the field on Sunday.

What’s still unclear is if the Patriots knew about the allegations before they signed him to a 1-year, 15 million contract on Saturday.

Another interesting note — the Patriots have a rep for being tough on players when it comes to posting on social media … but AB’s post seems pretty harmless, unlike the aggressive posting he did during his time with the Raiders.

Earlier this week, Tom was asked about the Brown lawsuit, and he told the media “I’m just trying to show up and play football. Miami’s a good team. Things that don’t involve me, don’t involve me.”