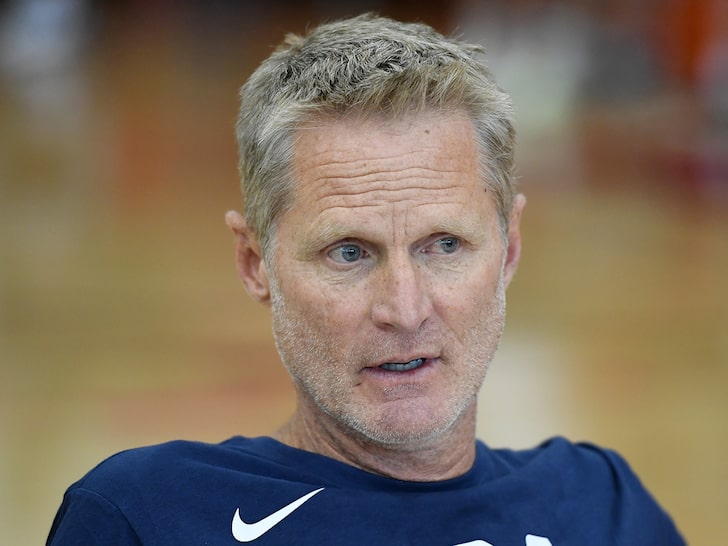 Steve Kerr says he’s legitimately fearful a shooter could walk into Warriors practice and start “spraying” him and the team … after the latest massacres in Dayton and El Paso.

“I think about it all the time,” the Golden State head coach said this week. “Somebody could walk in the door in the gym right now and start spraying us with an AR-15.”

“They could,” he added. “It might happen because we’re all vulnerable.”

Kerr — in a sit-down interview with the Bay Area News Group on Monday — candidly revealed his concerns after at least 31 more people died in mass shootings over the weekend in Texas and Ohio.

The head coach says all of the violence has made him feel he’s not safe anywhere … including in an NBA gym.

“We’re all vulnerable,” he said, “whether we go to a concert, a church, the mall or go to the movie theater or a school.”

The 53-year-old says there’s only one way to fix the issue … saying American citizens need to “demand change from the gutless leadership that continues to allow this to happen.”

Steve adds the country’s leaders need to reevaluate the second amendment, saying, “The only thing that second amendment is doing is leading to mass murder right now. This is all just insanity.”

Kerr does believe there’s momentum building among America’s citizens to force a change … and he’s ready to see the day where gun ownership is more heavily regulated.

“People are more and more frustrated in our country. I think at this point, the vast majority of people in this country have had it. Now it’s a matter of taking action.”