Gypsy Rose is reacting to Joey King‘s Emmy nomination for her portrayal in “The Act” … and it doesn’t exactly scream let’s be BFFs.

Fancy Macelli, a Gypsy Rose family spokesperson, tells TMZ … Gypsy sincerely congratulates Joey for nailing the role and mastering her look, voice and mannerisms. That being said … Gypsy has ZERO interest in meeting Joey following the Emmy nom because Gypsy is adamant the story line in Hulu’s limited series is inaccurate … and by meeting with her, it would validate the series’ narrative.

What’s more … Gypsy, who was forced for to pretend to be disabled for years and wanted to escape her mother’s medical abuse, wants to put this ugly episode behind her. Gypsy says she has nothing to gain by meeting with Joey.

As for some of the inaccuracies in “The Act” … Gypsy claims the repeated sex scenes in the series is not a true depiction of her sex life and it was dramatized to make her seem like a nymphomaniac.

Gypsy also takes issue with how often the series shows Gypsy’s mom, Dee Dee, tying her up in bed and holding her hostage. She says it only happened once … after she tried to escape.

As you might know by now … Gypsy’s then-BF, Nick Godejohn, admitted to murdering Dee Dee in 2015 to help Gypsy escape from Dee Dee’s claws. He’s currently serving a life sentence while Gypsy is serving a 10-year sentence after pleading guilty to second-degree murder. 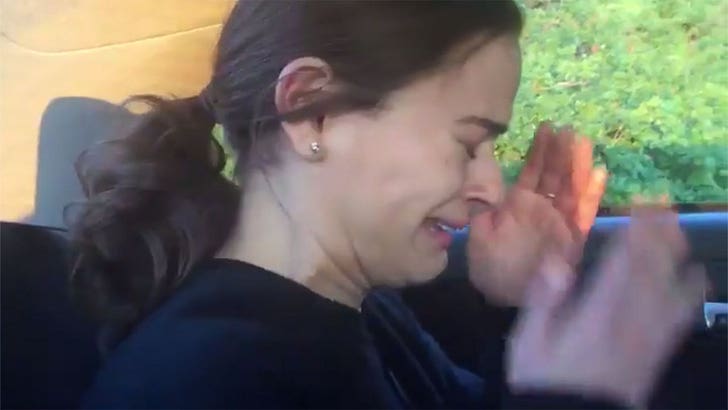 After Joey found out about her Emmy nom, she balled like a baby and called the nomination an honor. She later told an outlet there’s so many things she’d like to tell Gypsy … adding she hopes Gypsy knows she respects her story, “and that all I wanted to do was to right by her. And I hope she can see and understand that.”

Gypsy doesn’t see it nor understands it … that much is clear.