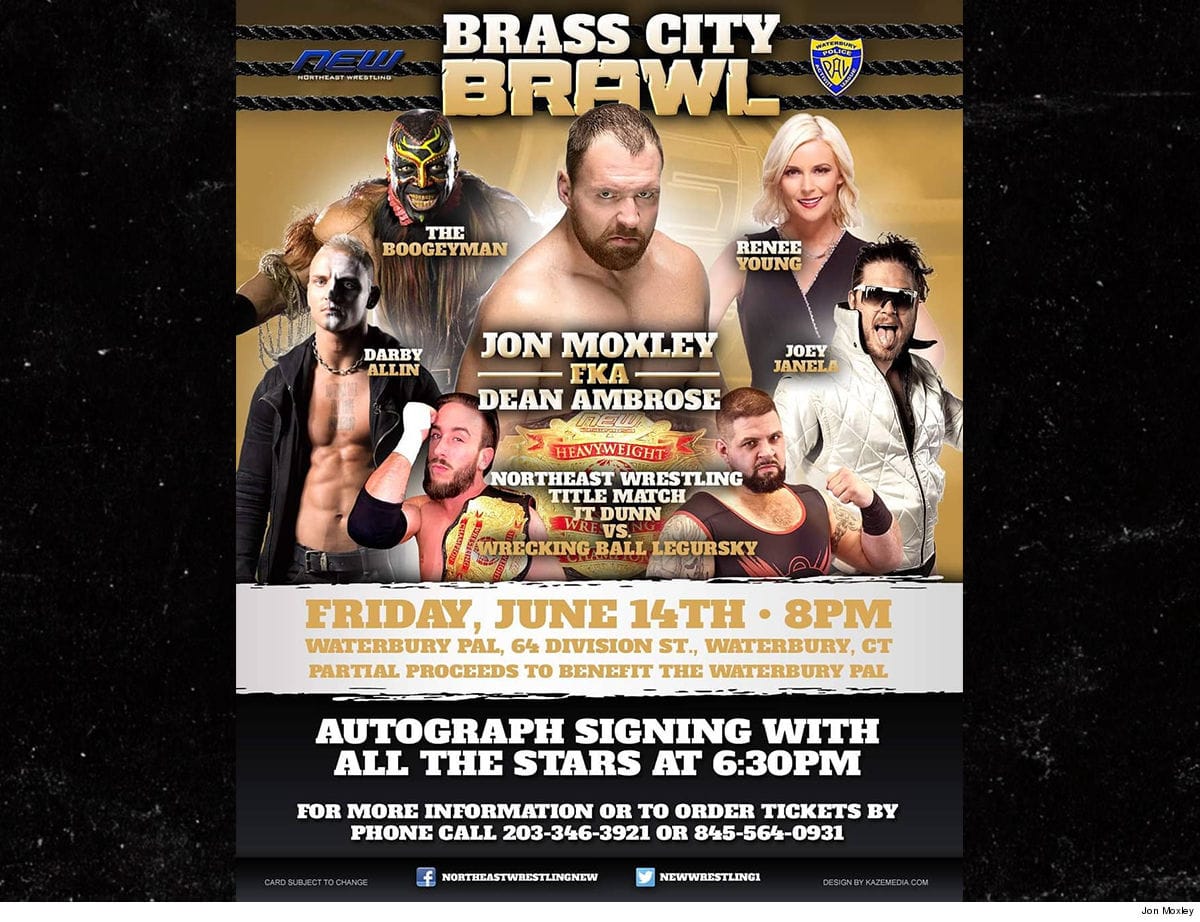 Pro wrestling superstar Jon Moxley — formally known as Dean Ambrose — is hours away from making his return to the U.S. indie circuit … and the dude is FIRED UP!!

“I feel like I’m 18 again,” Moxley tells TMZ Sports … “I’m just so excited, just chomping at the bit to get back in the ring!”

Moxley was a HUGE star for years with WWE — a former world champion who was 1/3 of The Shield, along with Roman Reigns and Seth Rollins.

But, his WWE contract expired earlier this year — so he decided to pursue other options using the “Jon Moxley” moniker he created before his WWE days.

Moxley recently wrestled for New Japan Pro-Wrestling — his first post-WWE match — and crushed it. And now, he’s taking his talents back to the U.S. where he has an event Friday night for Northeast Wrestling in Connecticut.

Next up for Moxley is a match against Joey Janela at AEW’s Fyter Fest later this month. And after that, it’s Kenny Omega at AEW’s massive All Out event in August.

Check out the video … Moxley thanks his fans for sticking with him through his wrestling journey — vows to put on great shows.