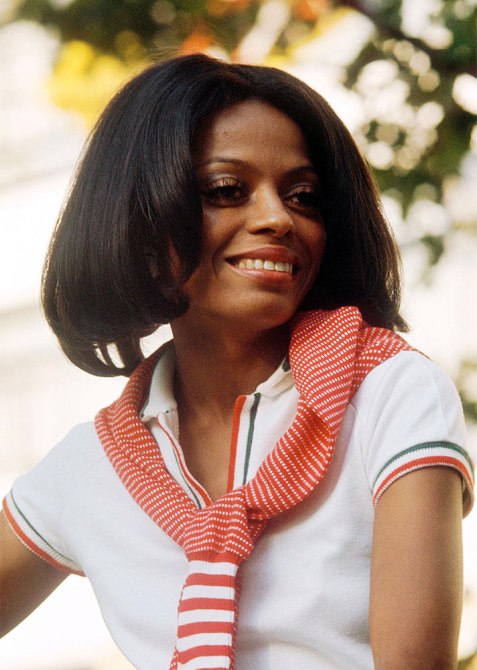 When Beyoncé released Homecoming: The Live Album, a run-down of some of the most important songs of her career (sans “Freakum Dress”), she weaved a quilt of Black musical legacies. She made sure to include reworks of “Back Dat Azz Up” by Juvenile, Drake and Future’s “Jumpman”, and “Zombie” by Fela Kuti, among other pivotal, diverse sounds. It was a tribute to the Black artists who came before her, as well as her contemporaries, and in a synthesized manner, showed the joy and triumph of Black music created over the past 100 years.

It was also a reminder that almost as important as the sounds are the visual stimulants associated with them. Video has indeed killed the radio star, as the physical often gives context to (and another reason to be enthralled by) audio. A large component of the visual appeal comes from plain old physical presentation – the face, hair, and accentuation of both.

There have been multitudes of Black masters of voice and form, and to enumerate them would take the entirety of Black Music Month (June) for the next several years. Black women especially have served unrivaled looks while crafting thoughtful, gut-wrenching, humorous, and danceable art, respectively. The airiness of Diana Ross’ voice, coupled with her expressive, long lash-lined eyes and the emotive, electronically-backed styles of Kelela, and her bejeweled, self-cut dreadlocks are examples. Below is a list of Black women musicians who have pushed, and continue to push, beauty forward. They take “moving to the beat of your own drum” quite literally and we are better for it.

Solange Knowles and Kali Uchis are a few big names who have taken beauty cues from the Supreme, Ms. Diana Ross. During her beginnings as a third of the Detroit-bred group, The Supremes, Ross fascinated young fans while wearing thick, coal black, winged eyeliner, pinkish-orange lipstick, and skyscraping, false (top and bottom) lashes.

Ross’ relatively thin eyebrows were also sometimes dramatized with a black fill-in. In conversation with Rolling Stone she revealed, “I’ve always been interested in fashion, cosmetics and makeup and hair, so the image that we created was very ladylike, very feminine.” She pursued her interest by attending cosmetology school while still taking high school courses. The Supremes are credited with bringing glamour to Black girl groups and being fashion role models for Black girls growing up in the 1960s and 1970s.

In 1970, after 11 years of performing with The Supremes, Ross went solo. Given the opportunity to be even more experimental with her methods, Diana famously wore colored eyeliner, lips, and shadows, but kept her signature lashes. Her hair was ever changing – one day it was curled and brushed away from her face, other times it in moisturized, low buns. And who could forget her ever-expanding afros? In a 2018 interview with Vogue, Ross shared that her makeup must-haves are, “jumbo eye pencils, really black black pencils, and mascara, maybe blusher and a light lip gloss.” Her daughter Tracee Ellis Ross has confirmed that Ms. Ross does all of her own hair and makeup. It’s true, she really is the boss.

While there are some forces genuinely interested in serving everyone with a singular item, regardless of gender, androgyny can be a route for capitalistic brands who simply want to cash in on the non-binary community. But before the Internet, a mass space where all kinds of people can freely express their ideals on gender, Grace Jones was doing just that.

Her shaved head, which evolved into a low fade, was one of her defining features. Like Diana Ross, Jones taught herself how to do her own makeup, and went into the experience that led to that for W Magazine. “If something is filmed of you where you don’t recognize yourself—that happened to me when I was first modeling. I saw a photograph that came out and couldn’t recognize myself because they put a wig on me…I think that was a wakeup call for me when I was very young, that I’d like to recognize myself…That’s when I started learning how to do my own makeup.”

Dark lips, cool color palettes and heavily drawn brows were Jones’ best friends 35 years ago, and they continue to suit her as she struts down runways and preps for a performance at NYC’s Pride Island show.

Kelis Rogers is a constant inspiration, specifically, when it comes to the innovative beauty methods she’s showcased over the past two decades. She was a foremother in the half-shaved head movement  of the 2000s, (Cassie and Rihanna’s moments came after hers), rocked her naturally coiled hair in colors ranging from pink, to blonde and black, to a blue-to-green gradient, and her brows matched her locks. Rogers has also had a gray, fishbone braided rat tail, a bowl cut, blonde box braids, and an aquamarine short cut.

Kelis’ debut (1999) was during a time of heavier blush, and she had no problem linking her overdone blush to frosty lipstick. She also told The FADER that she has an unorthodox relationship with facial cleanser. “Well, I don’t use soap on my face.., the singer said. “I think that’s the one consistent thing I’ve done for the past 20 years. It’s because I’m super dry. I might wash my face with an actual cleanser — it sounds crazy — but maybe like once a month. I can’t do it. Every time I do it, I’m way too dry. Moisture for me is the key to everything.”.

Kelis’ makeup for the “Acapella” video was done by French artist Nelly Recchia.

These days, the former first lady of Star Trak is keeping it funky with thick faux dreads, a fresh face, and multi-colored box braids. Kelis is still proving that the good stuff is indeed still right here.

For the past few years, people have taken to Twitter to supplicate MAC Cosmetics and Missy Elliott for a collaboration. It’s been a part of a necessary, larger cultural conversation that outlines the Virginia native’s hair and makeup choices. Of course, her most famous hairstyle is cropped finger waves and her bold brow, eyeshadow and lip choices make her beats memorable, too.

In her high budget video for “She’s A Bitch”, Missy wore black face paint, rhinestone eyebrows, and black lipgloss, and had her head covered with a prosthetic so she appeared bald. The makeup was done by Billy B, who worked alongside Elliott in the early days of her career. It wasn’t the first, nor the last time, that the Grammy-winning performer was daring with beauty.

Check out her shoot with Eric Johnson (where she dons purple eyeshadow, CatEye lash extensions, thin eyebrows ombre coral and brown lips with a brown liner), her silver, glitter eyeshadow with a burnt umber lip for the “Sock It 2 Me” video (also done by Billy B.), and the Egyptian blue lip she touted while on a SXSW panel with Michelle Obama. Missy’s more modern faces are courtesy of Gloria Elias-Foeillet.

Kelela has not put out a less than stirring project since she released her formal introduction “Cut 4 Me” in 2013. Her physical presence has been just as impactful. When she chopped her waist-length dreads (a worldwide signifier of rebirth/the end of a relationship) in the visual for “A Message,” it was the beginning of her bob, which she regularly adorns with crystals and jewelry.

Makeup artists Michelle Boggs-Connolly, Raisa Flowers and Daniel Sallstrom are responsible for Kelela’s ethereal makeup looks, but the singer/songwriter has also had her face blessed by the incomparable Pat McGrath. She carefully curates her team and centers her choices around comfort, as she shared with PAPER Magazine in 2018.

“I feel like nothing is off limits for myself, and it’s so cool to be able to experience that with somebody and still feel safe,…Basically, there’s makeup artists and hair stylists that I’ve been able to work with over the past two years that have just made me feel more safe in the world. It’s because of them that I’m able to deliver to you looks that slay.” Kelela is still very much so cementing her legacy, but it will definitely be a treat to behold when all is said and done.