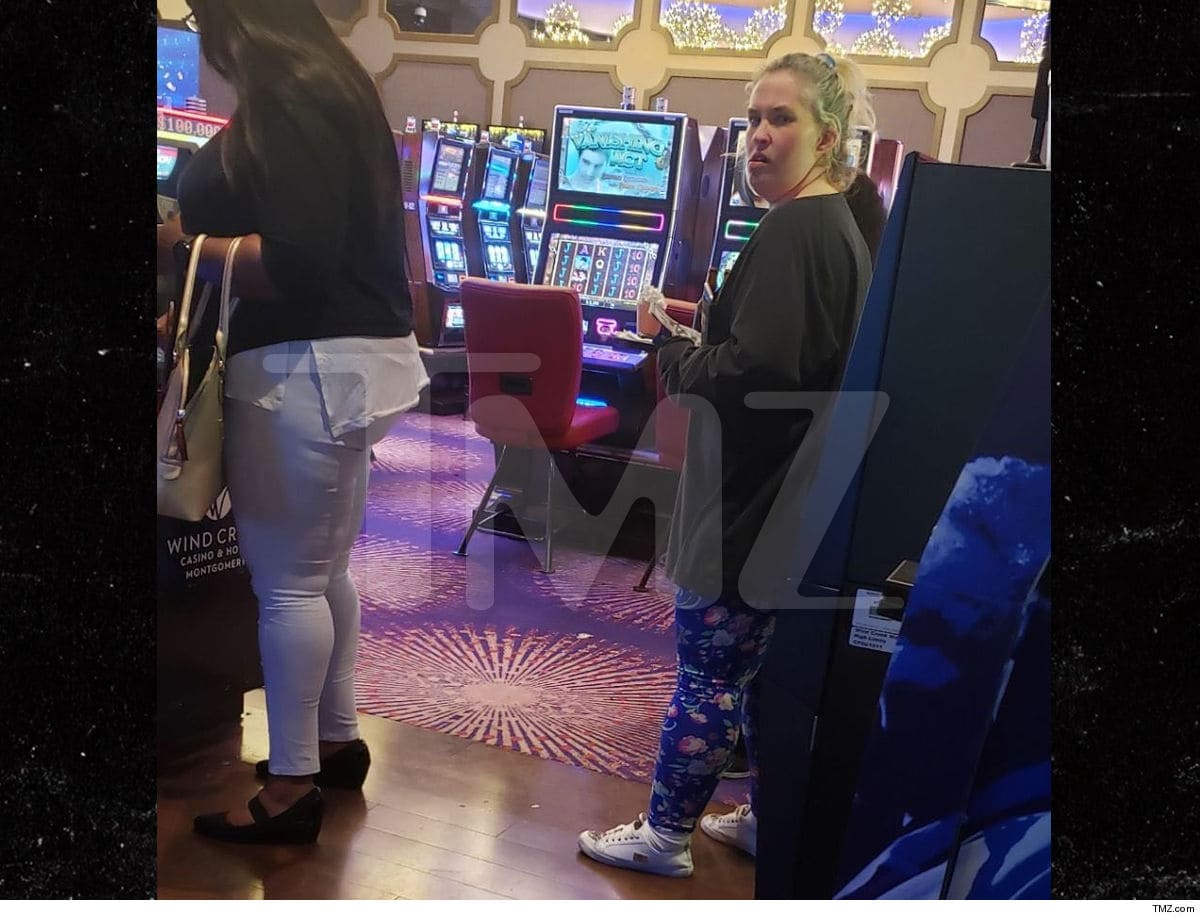 Mama June still has the gambling itch … so much so, she’s allegedly shacking up in an Alabama casino with her boyfriend.

The reality TV star was spotted again at the Wind Creek casino in Montgomery, and she apparently hit the jackpot, because folks who were there, last Friday, tell us Mama June was cashing out a $1,000 ticket!!!

And, get this … we’re told Mama told a fellow gambler she lives at the casino, and has been staying on the property for the past few months.

June isn’t alone in her casino hotel room though — we’re told her boyfriend, Geno Doak, came down to the casino floor and spoke with her a few times.

This is the 3rd time Mama’s been spotted hitting up an Alabama casino since her March arrest for crack cocaine … and it’s the 2nd time we’ve seen her try her luck at Wind Creek.

We broke the story … Mama and Geno are in the market for a new lawyer for their crack cases, after the guy who was defending them quit.

Gambling. At least that habit’s legal.