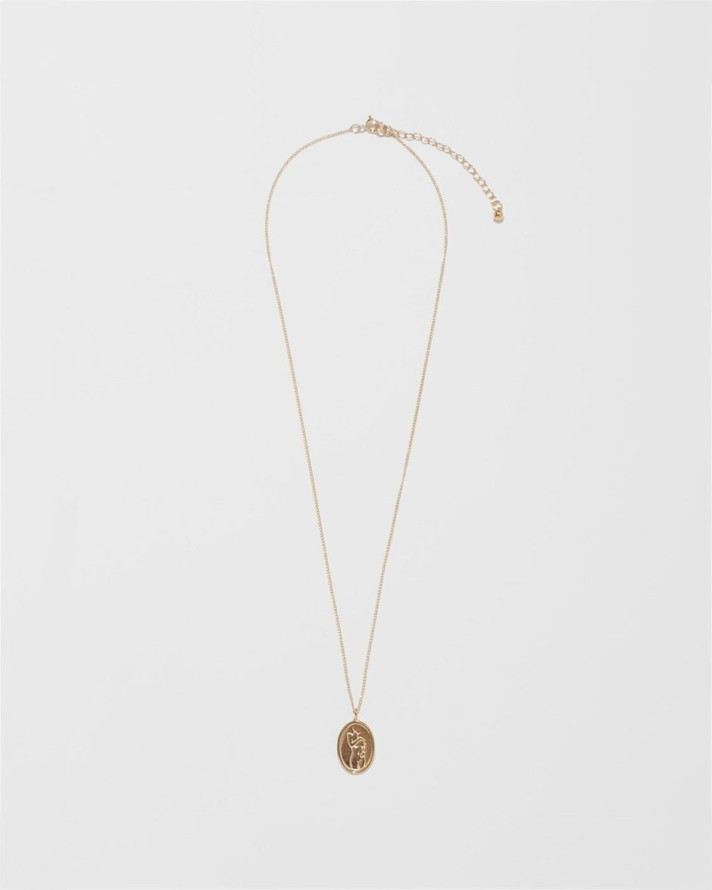 Our political climate is, perhaps, at one of its most regressive moments in decades. But our social climate isn’t. From the initial Women’s March to the Me Too movement, feminism looms large—with many women feeling more emboldened than ever to fight on behalf of financial parity, equitable treatment and gender equality in every possible form. This feminism manifests in myriad different ways, with each woman paving her own path in the sociopolitical sphere. But it should come as no surprise that this massive cultural movement has trickled into the realms of art and fashion, giving rise to sartorial trends, like feminist jewelry, that mimic our social movements.

Our graphic tees have become more defiant, emblazoned with slogans that demand more than they concede. Our hats have become, quite literally, more vulvovaginal, standing in as symbols of our strength, our pride, our womanhood (albeit one specific—and white—form of womanhood). And even our daintiest accessories—our jewelry—have undergone something of a feminist transformation. Adorned with frank, celebratory images of the female form or even franker political slogans, our necklaces, bracelets, earrings and rings have become outlets for our voices—empowering us to express ourselves in ways as subtle as they are statement-making.

We’d be ignoring the metaphorical elephant in the room if we failed to address one simple truth: Fashion may feel like a commodified and frivolous approach to the feminist movement. Capitalism is a complicated thing—one that has entrenched many women, especially women of color, in poverty. And buying a political T-shirt is no substitute for getting involved in local politics, supporting feminist candidates or turning out to vote. However, we’re of the mind that the world is better with more pro-women stuff in it. And if a woman wants to nod to her politics while getting dressed in the morning, who are we to tell her she shouldn’t?

A subtle way to pay homage to the female form.

Not all women have uteruses, but that doesn’t mean a uterus can’t still be one of many symbols of feminine strength.

Persistence in a pin with a hint of pink? Yes, please.

A celebration of the female form with a touch of abstraction.

A classic name-plate necklace that looks good with just about anything.

When life hands you an opportunity to wear a golden vulva around your neck, why not take it?

Because “nasty women” do it better.

The beauty of the female behind isn’t just for the male gaze to be enjoyed.

Who said bitch had to be a bad word?

Giving the finger to the patriarchy. Always.

A wearable testament to our advancements and a visual reminder to persist.

The list just wouldn’t be complete without a piece from ban.do founder, Jen Gotch, whose commitment to de-stigmatizing the discourse surrounding mental health (for all genders) is down right inspiring.