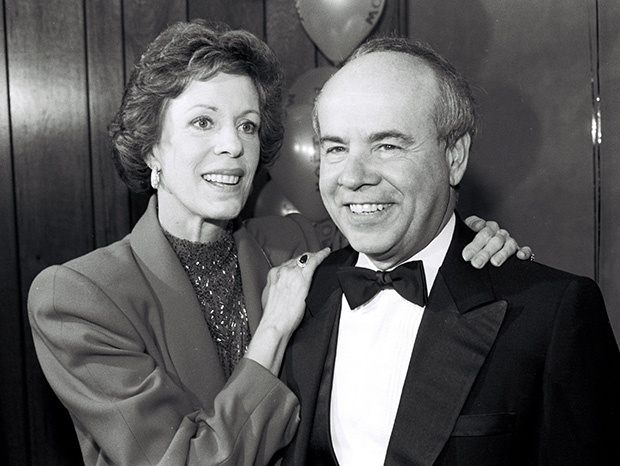 Tim Conway, one of Hollywood’s legendary comedic actors, has died at the age of 85. Take a look back at his illustrious career in entertainment as fans continue to honor his memory.

Tim Conway has died at the age of 85. He passed away after  battling dementia, according to our sister publication, Variety. Tim died Tuesday morning (May 14) in Los Angeles from “water on the brain,” a rep for the comedian told the publication. Reminisce on his legendary Hollywood career and more below, with these five fast facts.

1. Thomas Daniel “Tim” Conway was an Ohio native, whose life ended in Los Angeles, CA, where he lived at the time of his death. — He was born on December 15, 1933, in Willoughby, Ohio, a suburb of Cleveland. He was an American actor, writer, director and comedian. Tim attended Bowling Green State University in Bowling Green, Ohio, where he majored in television and radio. He was also a disc jockey and a member of Phi Delta Theta fraternity. Upon graduation, Tim enlisted in the United States Army in 1956-1958.

2. His Hollywood resume is iconic. — Tim landed his first major role as a regular on The Steve Allen Show in 1961. In the 1960s, he played Ensign Charles Parker on McHale’s Navy. After a few failed starts at his own show (The Tim Conway Show, The Tim Conway Comedy Hour) he found major success on a revolutionary program called The Carol Burnett Show. His tenure on the show won him three Emmys for performing and once for his writing. In late 2013, his memoir, What’s So Funny?: My Hilarious Life, was on The New York Times Best Seller list its first week on sale

3. Tim battled numerous health issues before his death. — Conway was reportdly diagnosed with dementia in 2018, and was confined to a wheelchair. He also had brain surgery. His daughter Kelly and his wife, Charlene, each wanted sole conservatorship over his health at the time. Judge Robert Wada ruled against Kelly since he was in a hospital. In March 2019, his wife was granted conservatorship of Conway.

4. He was married twice. — He was married to Mary Anne Dalton from 1961-1978. Together, they had six children. Tim later married Charlene Fusco in 1984, and they remained together leading up to his death. The couple resided in Encino, CA.

5. Tim left behind many family members. — He is survived by his wife of 35 years, his stepdaughter, his six biological children and two granddaughters.