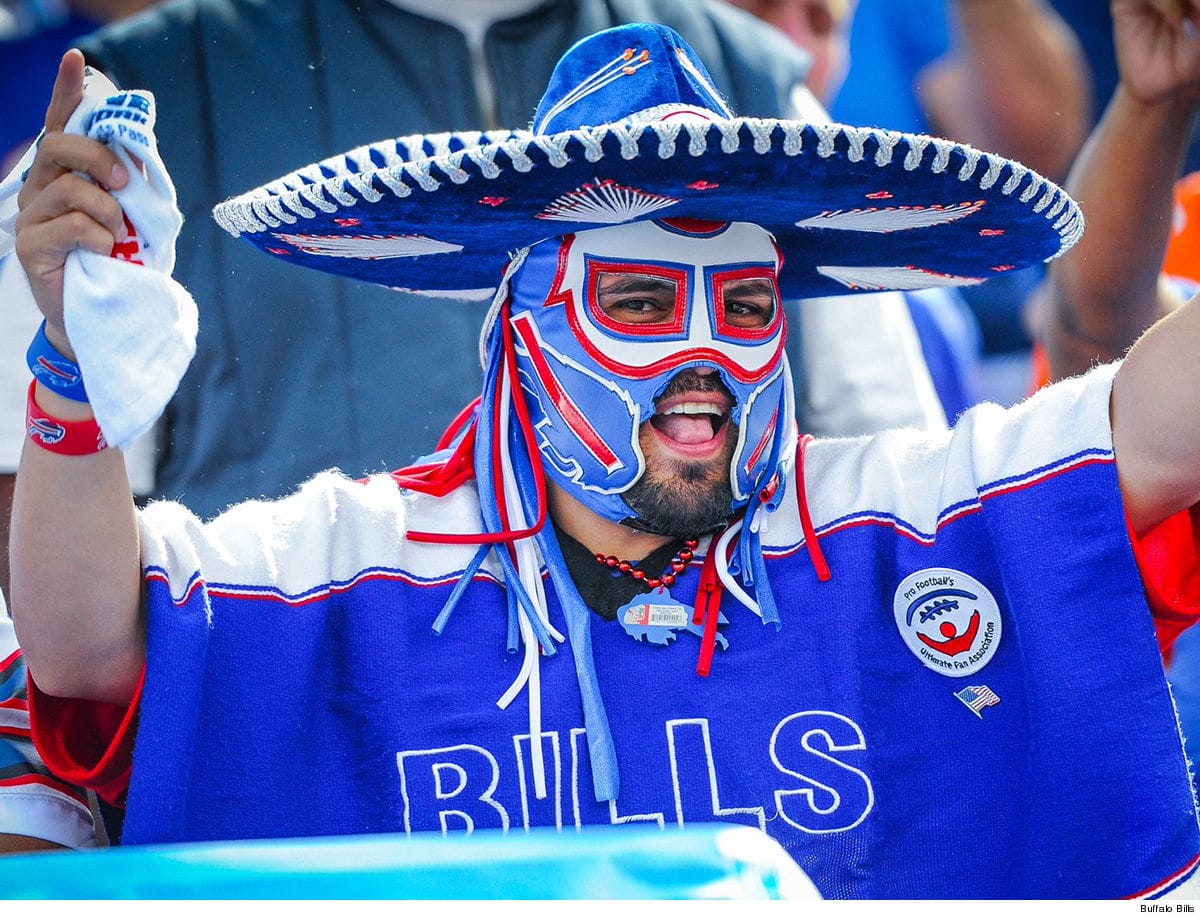 “Our hearts broken as we have lost our dear brother ezra “Pancho Billa” this morning,” the family said in a statement.

“We are thankful and forever grateful for all the love and support during this journey. Ezra was surrounded by family and loved ones.”

If you’ve ever seen a Bills game since 2008, you’ve probably noticed Pancho — whose trademark sombrero and mask costume was a huge hit among Bills Mafia. He was the first fan inducted into the Buffalo Fan Wall of Fame late last year.

When he was diagnosed with stage 4 cancer after a mass was discovered on his spine in 2017, the team rallied around Pancho and hosted him at games and the team facilities.

The 39-year-old Pancho played a big role in the Bills drafts the past 2 seasons … personally announcing their 3rd round pick on stage in 2018 … and gave GM Brandon Beane his stamp of approval before the team picked Ed Oliver with their first round pick last month.

For our first round pick in the 2019 NFL Draft, we called in a special friend…@PanchoBilla1. ✊ #VivaLosBills pic.twitter.com/slHMj32881

Oliver visited Pancho in the hospital last week … and even Bills legend Jim Kelly has shown support during his battle.