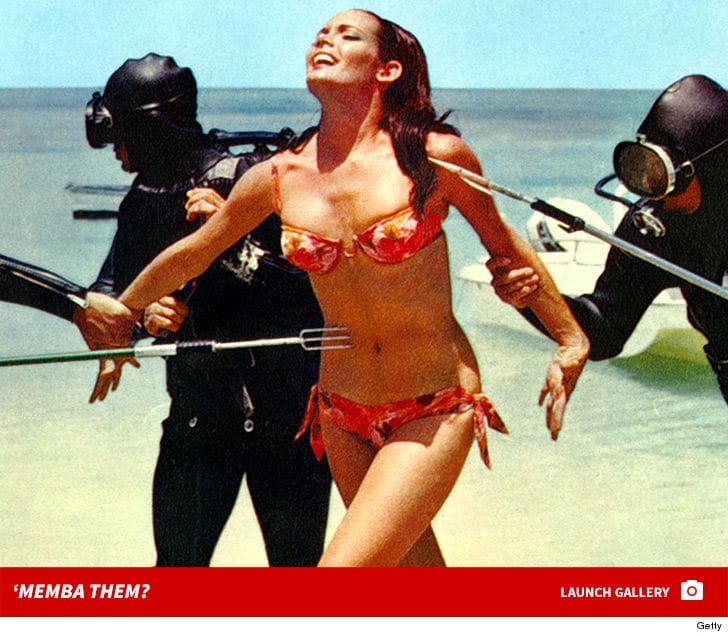 English actress and model Martine Beswick is best known for her roles on two iconic bond films from the ’60s … Bewick played Zora the gypsy in “From Russia with Love” (1963) and the cyanide pill-popping Paula Caplan in “Thunderball” (1965).

Martine shared the screen in both bond films with Sean Connery … who is credited with the first seven Bond films under his super secret utility belt including “Dr. No,” “From Russia with Love,” “Goldfinger,” “Thunderball,” “You Only Live Twice,” “Diamonds Are Forever” and “Never Say Never.”

Fun Fact: In the ’80s Martine changed her last name to “Beswicke” but ultimately changed it back to the OG spelling in the ’90s.

Guess what she looks like now at 77 years old!