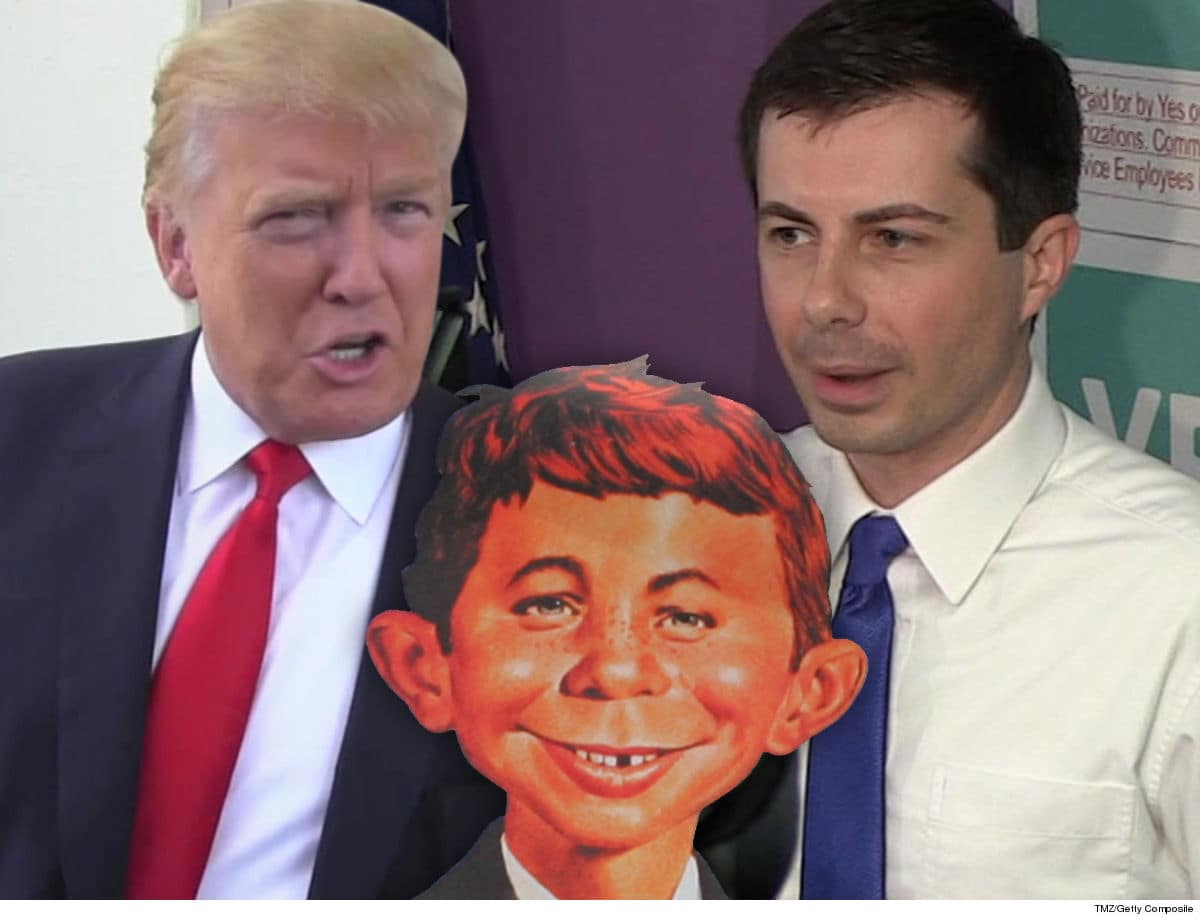 DT shared his thoughts — one of the first times he’s acknowledged Buttigieg’s presidential campaign, it seems — in an interview with Politico Friday, where he’s described as dismissively saying about the South Bend, Indiana mayor … “Alfred E. Neuman cannot become president of the United States.”

It doesn’t appear Trump said much else about Pete, who’s one of the first openly gay candidates to be seeking the highest office in the land … and actually catching fire.

Regarding the Neuman remark — definitely harsh … but Mayor Pete was quick to fire back, taking a shot at Trump’s age (72 going on 73) in quite a classy way.

Ouch! Mayor @Pete Buttigieg responds to ⁦@realDonaldTrump⁩ slam that he is “Alfred E Neuman” —“I had to Google that..I guess it’s a generational thing.” pic.twitter.com/ZL11noISYL

Buttigieg was asked for a response, and he said he actually “had to Google that,” suggesting the reference was lost on him … and perhaps a “generational thing.” In case you forgot … Mayor Pete is only 37 years old — one of the youngest candidates running.

Always the good sport, Buttigieg even says the quote was kinda funny to him, but then asks a serious questions — why isn’t Trump trying to resolve the major trade impasse he’s at with China, and instead taking the time to make fun of me? Fair question.

Who’s Pete Buttigieg? Must be a generational thing.

Funny enough, the folks over at MAD got in on the joke as well, tweeting out the response … “Who’s Pete Buttigieg? Must be a generational thing.” 2019, y’all.