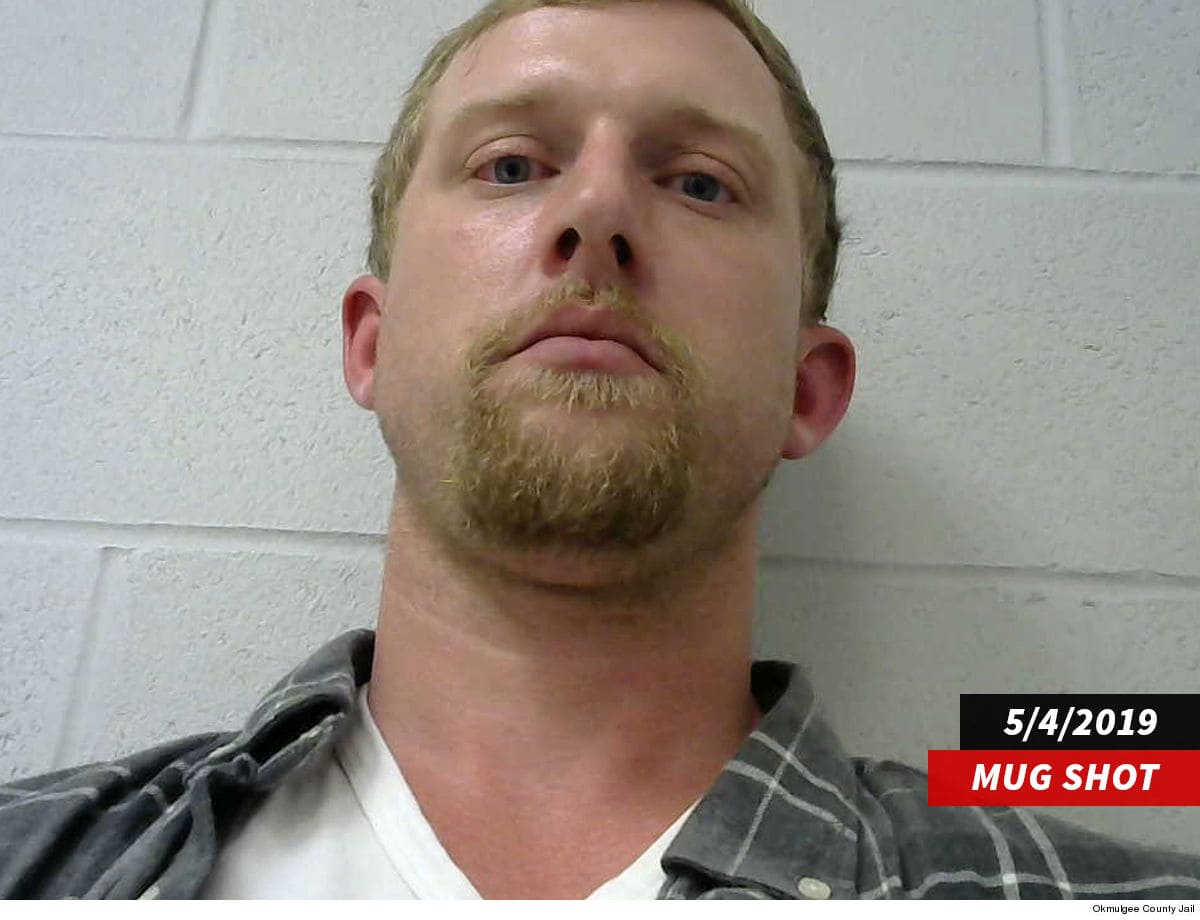 “Chrisley Knows Best” star Todd Chrisley‘s oldest son was picked up by cops in Oklahoma on drug charges — which led them to find he was also wanted in another state for allegedly threatening to kill his wife.

Kyle Chrisley was arrested last week and booked into Okmulgee County Jail for felony possession of methamphetamine, and was also held on an open warrant for his arrest out of Dekalb County, Georgia. It’s unclear if Kyle was still behind bars as of Saturday — the jail wouldn’t confirm with us one way or another.

Regarding the allegations coming out of Georgia — his estranged wife, Alexus Chrisley, told authorities there that Kyle made death threats against her back in January of this year.

According to the affidavit, obtained by TMZ, Alexus claimed that Kyle had threatened to kill her in a text message exchange, in which he allegedly wrote, “[N]ot before I end you. Im going to the streets I will get my s**t and take care of this problem with you because if I’m not with you nobody will be. Bye Alexus.”

Per the docs, Alexus responded, “thats a threat to my life” to which he allegedly answered, “yes :Lexi it was. Goodbye.” Police cited other text messages provided by Alexus which allegedly show Kyle pointing a weapon at his head, as well as drug usage.

A judge signed off on the warrant to bring him in around mid-January. Kyle shares a young daughter, Chloe, with a previous girlfriend of his, Angela Johnson, who appeared on his father’s hit reality show. Kyle appeared on the USA series for only one season.

Speaking of his dad, Kyle has had a rocky relationship with Todd since at least 2014, when he publicly accused him of using Chloe for diversity ratings — she’s half black.

We got Todd around that time, and he openly told us that Kyle would undergo weekly drug testing, calling it a “necessity.”

My son Kyle is bipolar, he suffers from mental illness, he will struggle for life, Yes, the Daily mail prayed on this to sell a story..

Todd has also said that Kyle suffers from bipolar disorder, and would continue to grapple with that for the rest of his life.

We’ve reached out to Kyle for comment, so far … no word back.