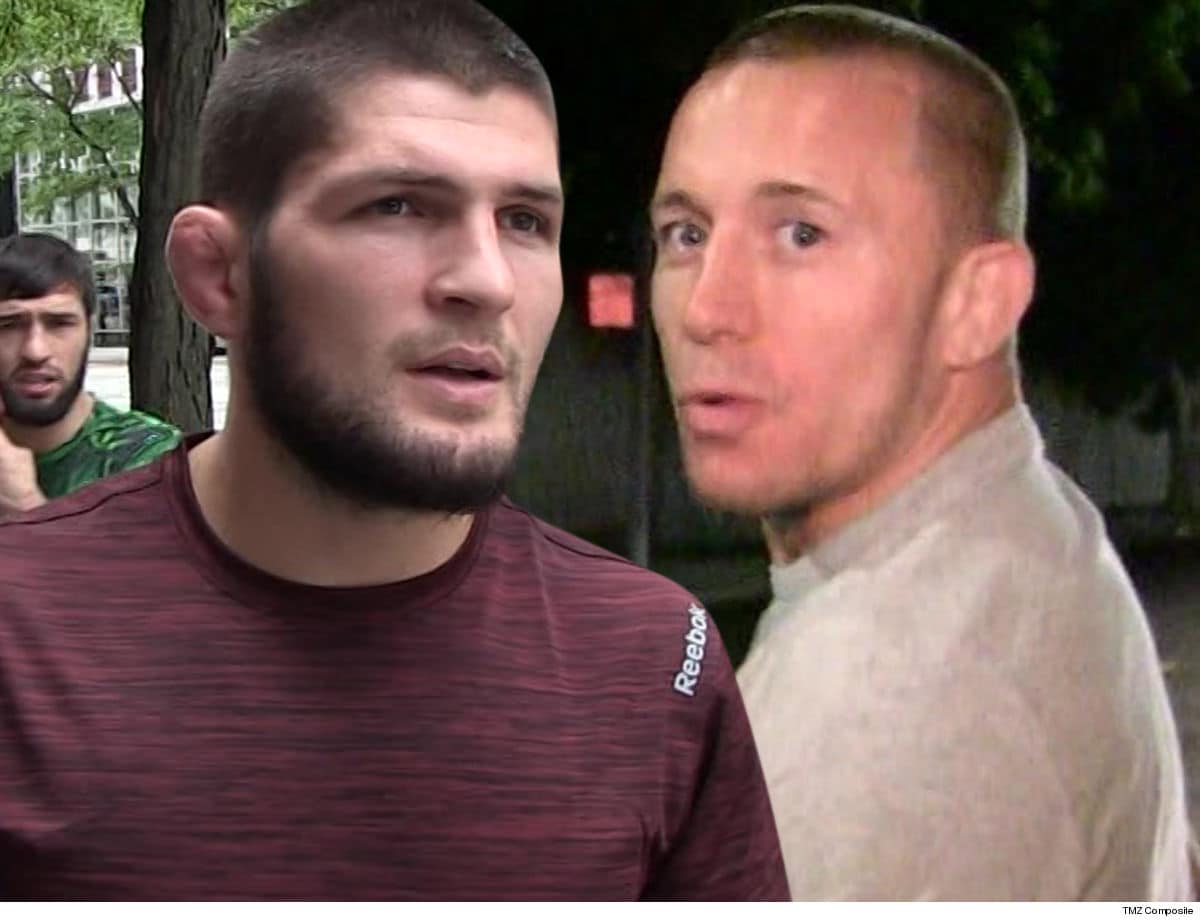 Manager Working on Fight with GSP

Khabib Nurmagomedov is not abandoning hope for a super fight against UFC legend Georges St-Pierre … his manager tells TMZ Sports he’s actively working on getting the two in the Octagon.

Ali Abdelaziz not only reps Khabib — but he’s also close with GSP and helped get Georges back into fighting after a 4-year layoff to take on Michael Bisping in 2017.

Georges won that fight — but hung up his gloves in early 2019 saying, “You should retire on top.”

Now, Ali says the fighters have expressed to him that a Khabib vs. GSP matchup would be a “dream fight” on both ends … but the trick is getting everyone to agree on money and a weight class.

If the two sides can strike a deal, the fight wouldn’t happen any time in the immediate future — Ali says Khabib has two fights to get through before he could get to GSP … including a title fight with Dustin Poirier later this year.

Of course, Conor McGregor is also still in the picture — he’s demanding a rematch after Khabib dominated him at UFC 229 back in October.

Ali says Khabib feels Conor needs to prove he’s worthy of a rematch — considering he’s lost 2 of his last 4 fights in the UFC.

And, if you like trash talk, there’s a lot of that in this clip … it’s clear Ali ain’t a fan of McGregor.