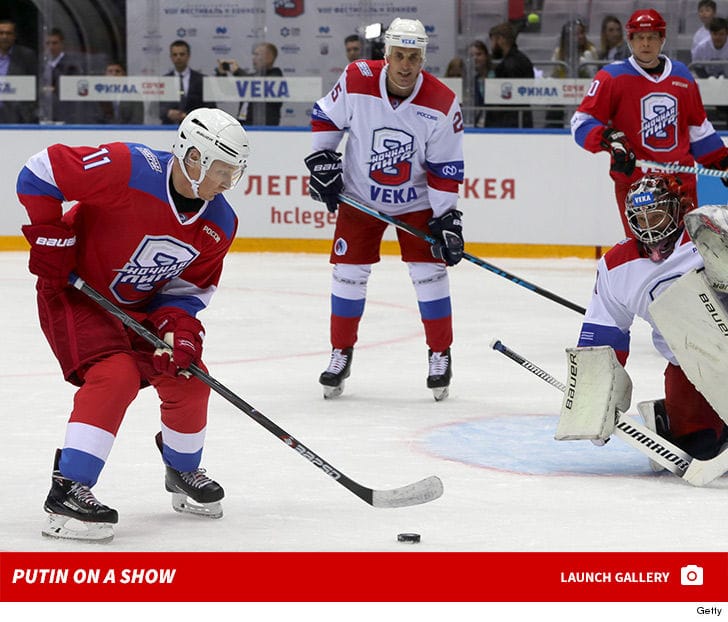 It’s that time of year again … when Russian president Vladimir Putin straps on the skates and plays ice hockey with a bunch of his famous countrymen, including ex-NHL players.

Of course, it’s easy to score on opponents who are in constant fear of being sent to the gulags … but hey, PUTIN!!!

The 66-year-old crushed his enemies right from the initial puck drop … posting 8 goals in the annual exhibition match alongside ex-NHL stars Slava Fetisov and Pavel Bure.

The opposing team had some notable players, too — including Russian billionaire, Vladamir Potanin and Putin’s longtime pal, Gennady Timchenko.