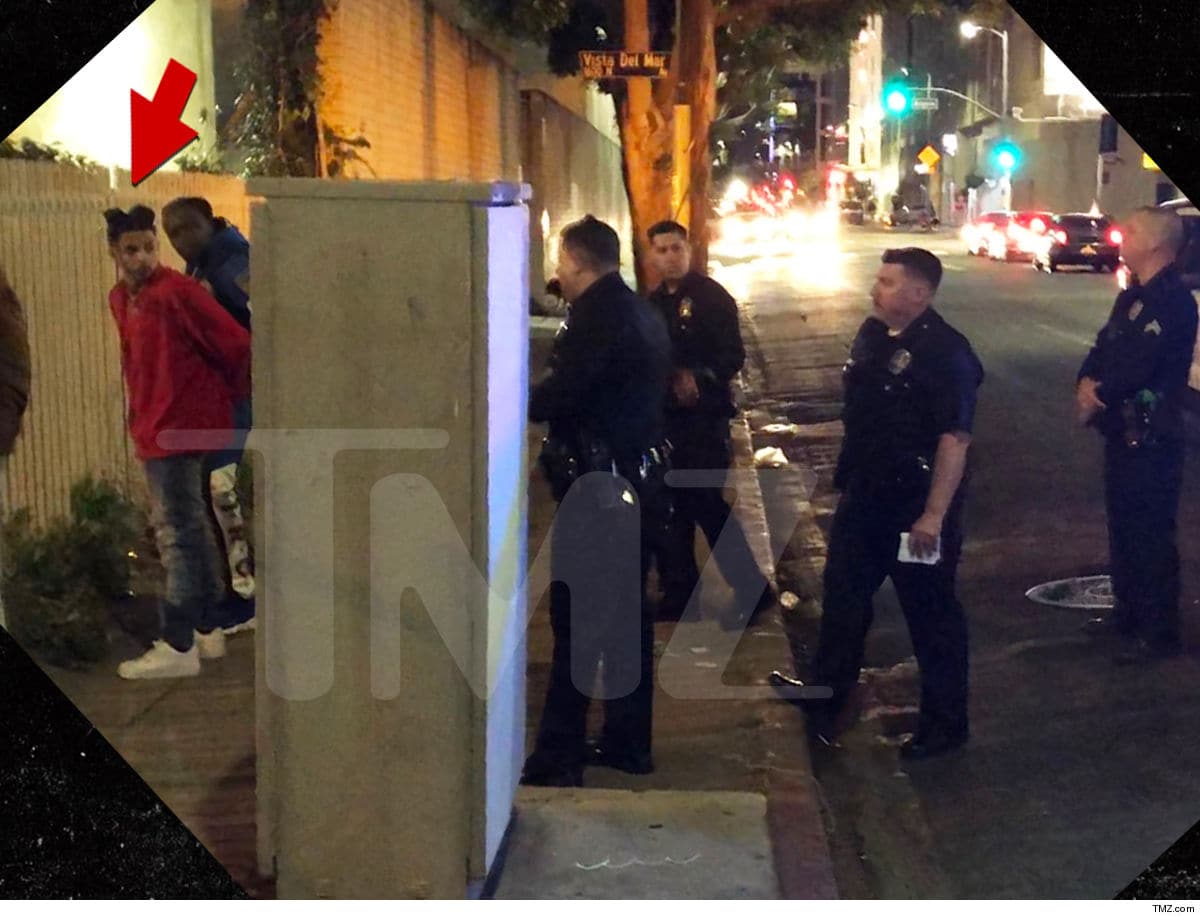 But Gets Off Easy

Skinnyfromthe9 found himself in cuffs at the end of fun night in Hollywood, but luckily … cops cut him a break.

Video of the incident — obtained by TMZ — shows the rapper standing outside a white ride being detained by a police officer, then led away toward the sidewalk in handcuffs.

Law enforcement sources tell us the car was pulled over for illegal tinted windows and for not having front plates, but during the traffic stop marijuana was found out in the open in the vehicle … so everyone was ordered out.

We’re told cops asked the rapper for his ID and he didn’t have it, but he informed them he was on probation and was approved to be in L.A. Once officers looked into it … they let Skinny and his crew go.

Our law enforcement sources say everyone got a warning, but that’s it. As you may know … recreational marijuana is legal in California, but it needs to be in a sealed container in a car or locked away in the trunk.

As for why he was in Hollywood … Skinnyfromthe9 had just come from Cardi B‘s booty-poppin’ performance down the street for the launch of her Fashion Nova X spring-summer line collection.

We are all Blueface pic.twitter.com/xNNe0giSq1