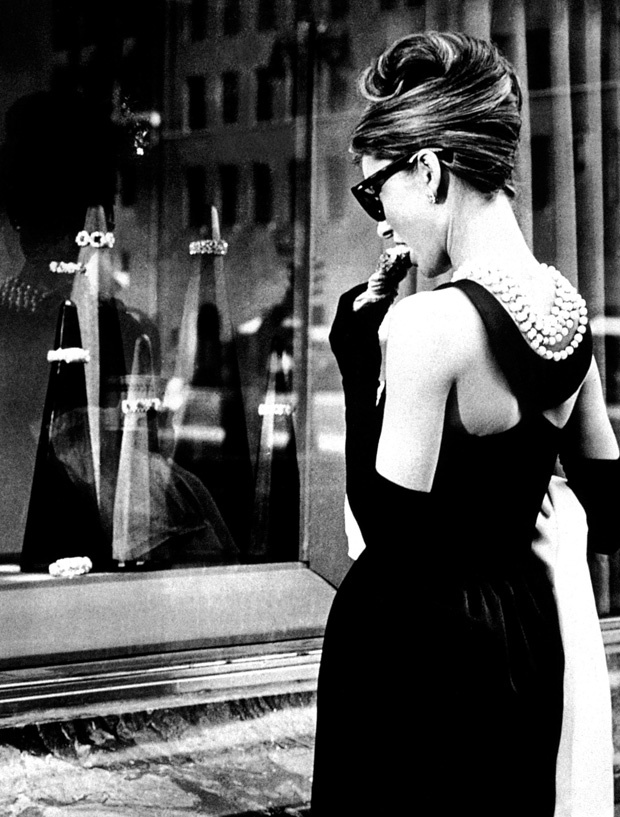 Ariana Grande is paying tribute to Audrey Hepburn yet again, this time with a certain dress that the ‘7 Rings’ singer wore for an important Givenchy announcement. You may have seen it in ‘Breakfast at Tiffany’s.’

Ariana Grande, 25, proved that she’s basically the second coming of one of the most beloved Hollywood icons, Audrey Hepburn. For a video that announced Ari was the new face of Givenchy on May 10, the “Sweetener” singer donned the same dress from Breakfast For Tiffany’s — you know, the black cutout gown that Audrey wore while she munched on a Danish and window-shopped outside of Tiffany & Co. Ariana’s hair was swept into an impossibly long ponytail per usual, but on her head was a pearly headband (much like Holly Golightly’s tiara). There’s a reason for that movie reference —  Hubert de Givenchy designed the black dress for the 1961 film!

It makes sense that Givenchy would dress Ariana in Audrey’s iconic gown, considering a certain lyric that Arianators love to belt out. “Yeah, breakfast at Tiffany’s and bottles of bubbles” is the very first line in “7 Rings,” but that’s not the only time Ariana has paid homage to her favorite film. Her neck tattoo in the video above reads “mille tendresse” (“a thousand tendernesses” in French), which is a line from Truman Capote’s novel and the inspiration for the movie, Breakfast at Tiffany’s.

Ariana is especially pumped to be the face of Givenchy, a partnership that she has cleverly dubbed #Arivenchy. “I don’t have words to describe how much this partnership means to me. such an incredible honor and with a brand i love sooooo much. thank you from the bottom of my heart and i’m so excited for all things ahead….. 🖤,” the singer posted to Instagram on May 10. Givenchy also had high praise for Ariana, who was described as someone who “naturally embodies the spirit of the Givenchy woman with impertinence, generosity and a lightning wit — all cloaked in a touch of mystery,” in Givenchy’s press statement.

The Givenchy Fall Winter 2019 campaign will be unveiled in July of 2019. It’s a big year for Ariana, who’s currently in the midst of her worldwide Sweetener tour that kicked off on March 18.