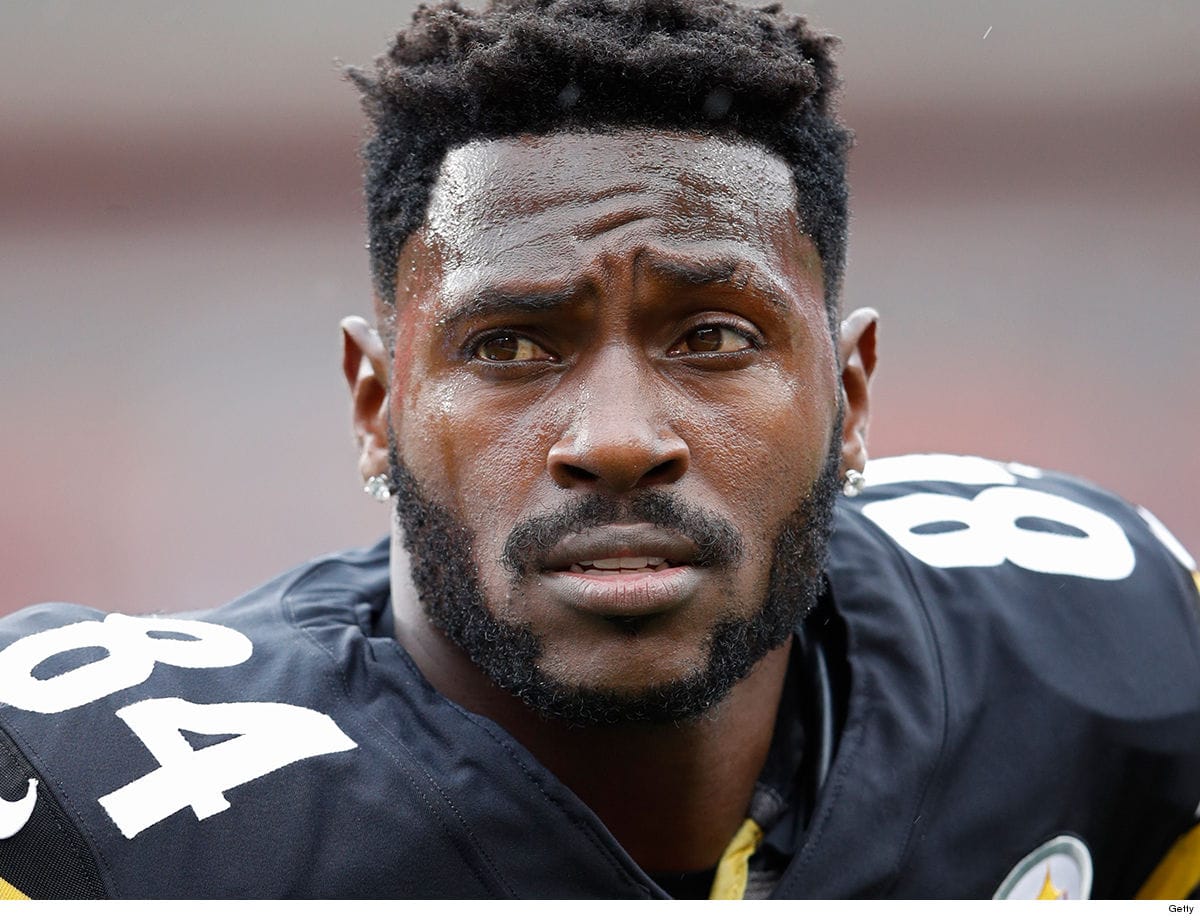 The Pittsburgh Steelers are OFFICIALLY done with Antonio Brown … they just gave away his #84 jersey to an undrafted free agent tight end — just a few weeks after AB’s departure!!

Of course, Brown’s exit from the black and yellow wasn’t pretty … dude had drama with just about everyone on the team.

But, the guy was a legend for the Steelers — 11,207 receiving yards and 74 receiving TDs in 9 seasons — and some thought MAYBE Pittsburgh might want to retire his number eventually.

But the Steelers shot down ANY plans of that this week — because they not only gave away his number … they handed it to a UDFA TE!!!

#Steelers 2019 Rookie Minicamp (May 10-12) numerical roster is attached. Jersey numbers for rookies at minicamp are subject to change (at a later date).

*Devin Bush (#55) is the only confirmed number for the team’s rookie class. pic.twitter.com/vNUZjQgNTS

Now, Milan Richard ain’t a scrub — dude did win 2 national championships at Clemson — but he ain’t exactly Antonio Brown either.

For their part, the Steelers also had no problems giving away Le’Veon Bell‘s old #26 jersey … newly acquired safety Mark Barron has already called dibs on those digits.

In case you were wondering, the Steelers have only officially retired 2 players’ numbers in franchise history — Joe Greene (#75) and Ernie Stautner (#70) — but they’ve historically taken some digits, like Terry Bradshaw‘s #12 and Franco Harris‘ #32, off the table nonetheless.