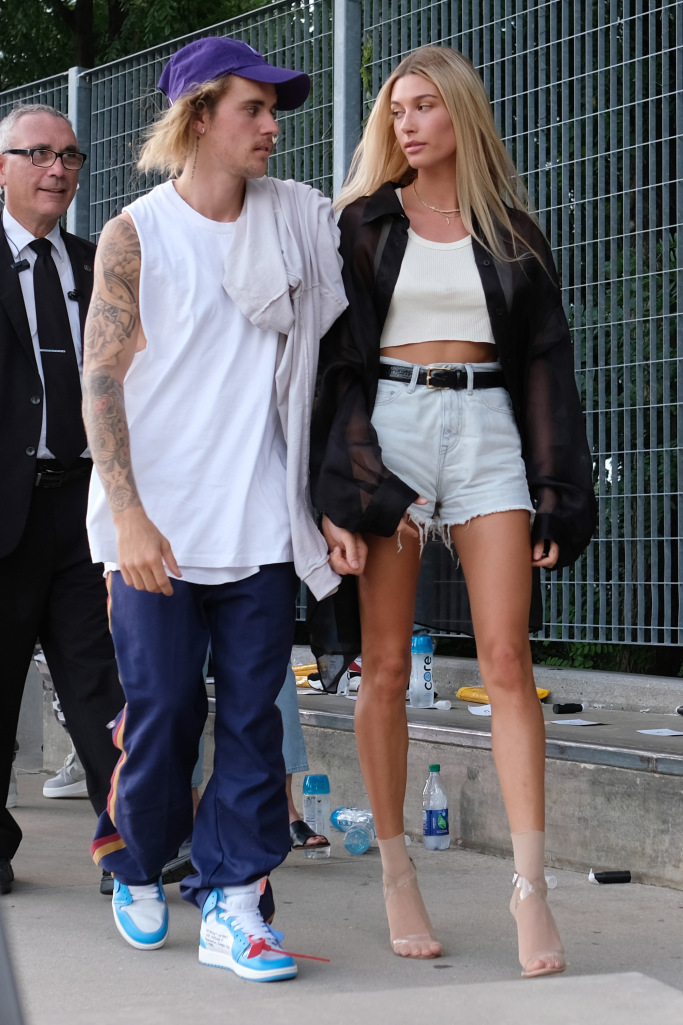 Last September, the Biebs and Hailey Baldwin tied the knot in a small courthouse ceremony in NYC. The couple was planning on having a public ceremony with close friends and family to celebrate their love back in March–but it never happened. But don’t freak out, it’s still in the works. Alaia Baldwin (Hailey’s sis) just gave us a  Hailey Baldwin and Justin Bieber wedding update. Alaia confirmed that her sister and Bieber are still planning some sort of ceremony. Originally the plan was to have big religious ceremony to celebrate their love. Now, it might be a bit more intimate and/or low-key.

While talking with Us Weekly at event yesterday evening, Alaia said of the pending public nuptials, “We will see. Who knows what their plans are.” Alright. Well, it didn’t start super promising. But then she added: “They’re very up and down, so I just know I’ll be there at some point in a dress, in sweats—we don’t know!”

Alright, alright, alright. Well, that’s not a no! And we’re happy to hear that. Hopefully, the couple is happy no matter what. The important thing is that they’re already married, and they’re able to lean on one another for support. In March, a source at People said, “They will still have a wedding eventually, but this is not their focus right now. They haven’t sent out any new Save the Dates. They will wait until Justin feels better and is excited about planning their wedding again.”

Bieber has been very public about his struggles with depression and anxiety. The source added, “He is very, very focused on getting better. He wants to be in a great place for his own and Hailey’s sake. He is still confident that he will get there.”