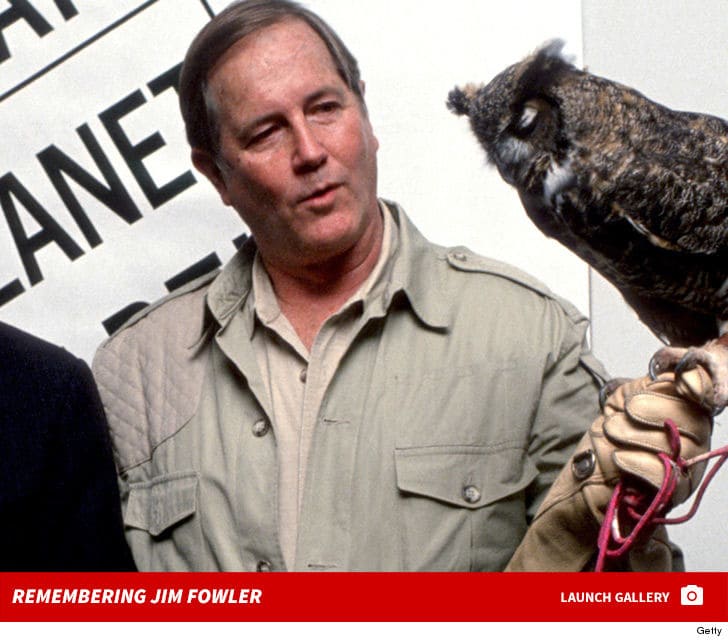 Jim Fowler — the famous zoologist who made tons of appearances alongside Johnny Carson on the ‘Tonight Show’ and made a cameo on “Seinfeld” — has died.

The longtime co-host of “Mutual of Omaha’s Wild Kingdom” died Wednesday at his home in Norwalk, Connecticut … according to his family. The cause of death is unclear.

Fowler worked at a raptor sanctuary in Florida before landing his show ‘Wild Kingdom’ in 1963 … co-hosting with fellow zoologist Marlin Perkins before going solo from 1985 to 1988. The show was later revived in 2002 and it aired until 2011.

Fowler, of course, appeared in over 100 episodes alongside Johnny Carson and also served as a wildlife correspondent for ‘Today.’ The two were pretty tight … to the point Fowler and Johnny’s family all went on a vacation to Africa after the ‘Tonight’ host retired.

Fowler was huge in the bird world … becoming the first man to successfully trap a harpy eagle and bring it back alive in the U.S.

“Seinfeld” fans will remember him for his appearance on season 9 of the hit series … “The Merv Griffin Show” episode. Kramer invited Fowler for his animals segment of the show. Fowler hilariously brings a hawk which attacked George Costanza, who was holding a squirrel.

Fowler was born in 1930 in Albany, Georgia. He was a standout baseball player who actually fielded offers from the Yankees and Phillies. Fowler was also rather tall … standing an intimidating 6-foot-6.

But, he was a big softy when it came to all animals. The “Mutual of Omaha’s Wild Kingdom” wrote on its page Fowler’s mission as a naturalist was to “educate the public about wildlife specifies throughout the world and how to preserve environments for both animals and humans.”