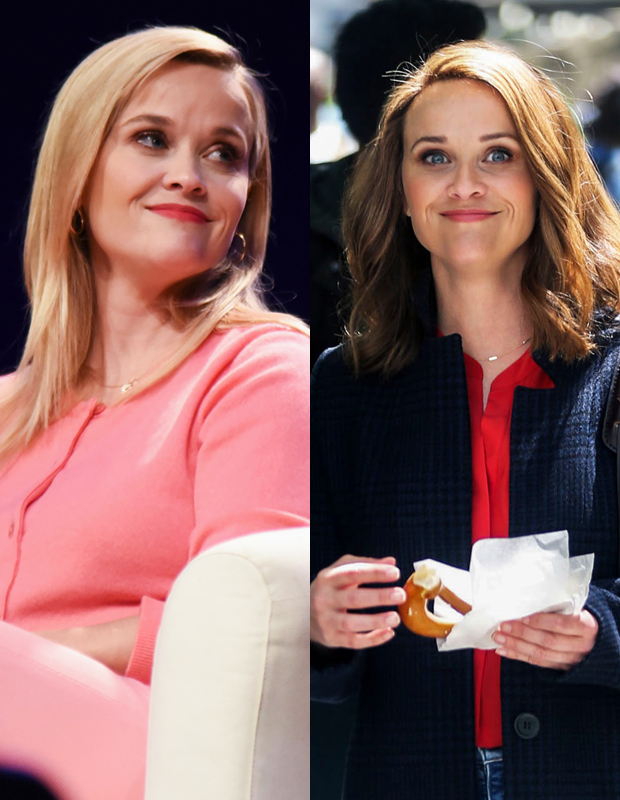 Reese Witherspoon, is that you? The 43-year-old has gone from blonde to brown for a new role and she looks just as gorgeous as ever.

Reese Witherspoon, 43, has kissed goodbye to her blonde locks for her role in the new TV series, The Morning Show. The mom-of-three was snapped in Bryant Park, New York on May 8, while filming with her 49-year-old co-star Billy Crudup. Reese’s big smile looked and cute face looked the same but there was one obvious difference. The Oscar-winner was rocking a shoulder-length chocolate brown new hairdo.

It’s not clear if the actress is wearing a wig especially for the role, but the brunette look definitely suits her. The Morning Show is a new Apple TV+ series, which also stars Jennifer Aniston, 50, and Steve Carell, 56. The threesome shared a sneak peek of the series at Apple TV’s launch event on Mar. 25. “In The Morning Show we pull back the dynamic between men and women in the high stakes world of morning news shows,” Reese explained, according to our sister site She Knows. “It’s a real insider’s view into the lives of the people who help America wake up every day.”

On April 30 Reese shared selfies of herself at her hairstylist Lona Vigi’s salon, but her tresses remained blonde in both Instagram pics. In the caption Reese praised Lona’s talent. “Is there anything better than being great friends with your hairstylist?!” she wrote. “I can’t say enough thank you’s to @lonavigi for always making me feel so beautiful and cared for! 💁🏼‍♀️Not only is she the best hairstylist but she is ALSO the most kind, supportive, creative and fun-loving person I know.”

While Reese is working on her new TV show – and flaunting her new hair color – fans of Big Little Lies are counting down the days until that series returns to HBO for Season 2 on June 9. On May 7, Reese shared a pic from an InStyle Magazine photo shoot of her looking wistfully at the camera. “I’ll just be here waiting for June 9th!” she wrote. Her fans were in complete agreement. “Finally! Can’t wait for Season 2,” one person wrote. Another follower gushingly mirrored the feelings of many other Big Little Lies fans by writing, “I can’t wait! I’m so excited!!!!”