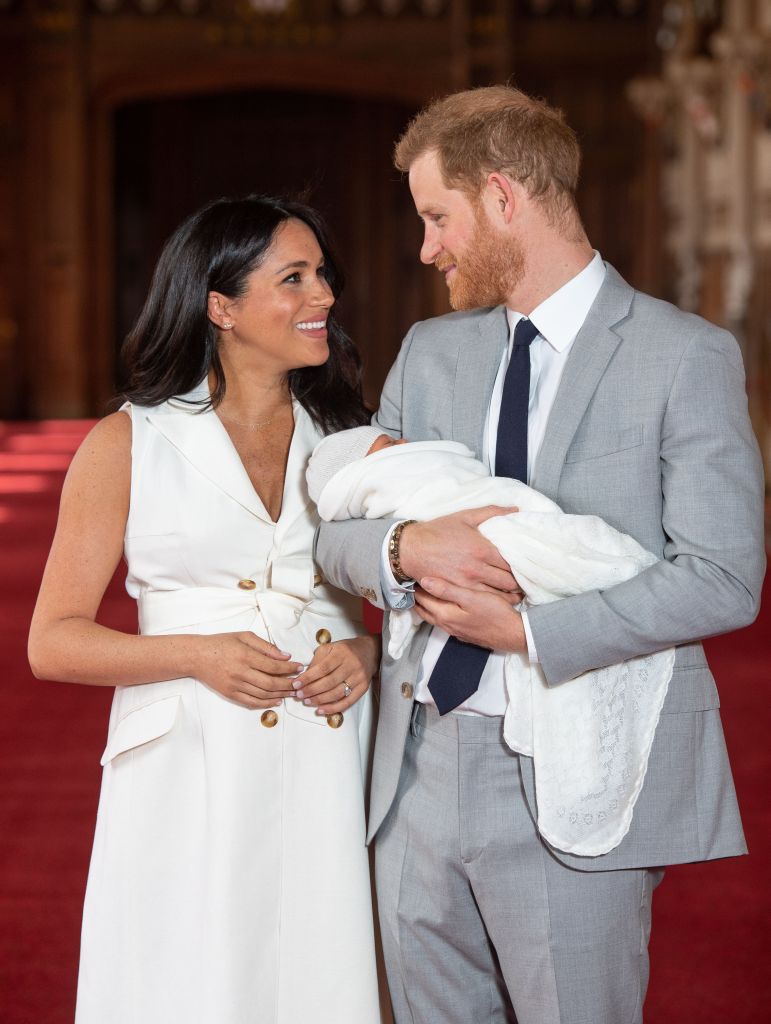 The world waited in ancipatoon for the birth announcement of the newest royal baby. On Monday, May 6th, Meghan Markle and Prince Harry welcomed their little baby boy into the world. (It was literally the only thing that could upstage the Met Gala). And now, the royal baby’s name has been released: Archie Harrison Mountbatten-Windsor. He couldn’t sound more royal if he tried! We love it. This morning, the happy new parents posed for their royal photo-op with the newborn. Ten minutes ago, their Instagram account, Sussex Royal, announced the name with a sweet post.

“The Duke and Duchess of Sussex are pleased to announce they have named their first born child: Archie Harrison Mountbatten-Windsor.” The photo showed an image of the sweet parents introducing their baby to his great-grandmother, otherwise known as The Queen of England. Our heart can’t take this! The adorable scale has been maxed out and broken.

The Duke and Duchess of Sussex kept their birth far more private than previous royal pregnancies. Though they still followed tradition with a photo-op and birth announcement, it didn’t take place right after the baby came into the world. And they kept their birth plans more private.

We simply cannot with these two.

Also—in a hilarious twist, Kate Middleton and Prince William’s firstborn son, Prince George, seems to think his name is Archie. While on a walk with his sister, Princess Charlotte, and his mother’s mom, Carole Middleton, Prince George told a woman his name was Archie. This woman explained to The Sun that the little Prince approached her and asked if he could pet her dog. “I was asked by a police minder not to take a photo of the children, which I didn’t, but George started stroking my dog. Just to be friendly I engaged in a bit of small talk and I asked George what his name was, even though obviously I knew it. To my astonishment, he said ‘I’m called Archie’ with a big smile on his face. I don’t know why he calls himself Archie but kids often play with their names and I think it’s lovely.”

Also, if this photo of Markle and Prince Harry walking happily away from the photographers to go enjoy their third day with their adorable Baby Sussex doesn’t melt your heart, we don’t know what will.