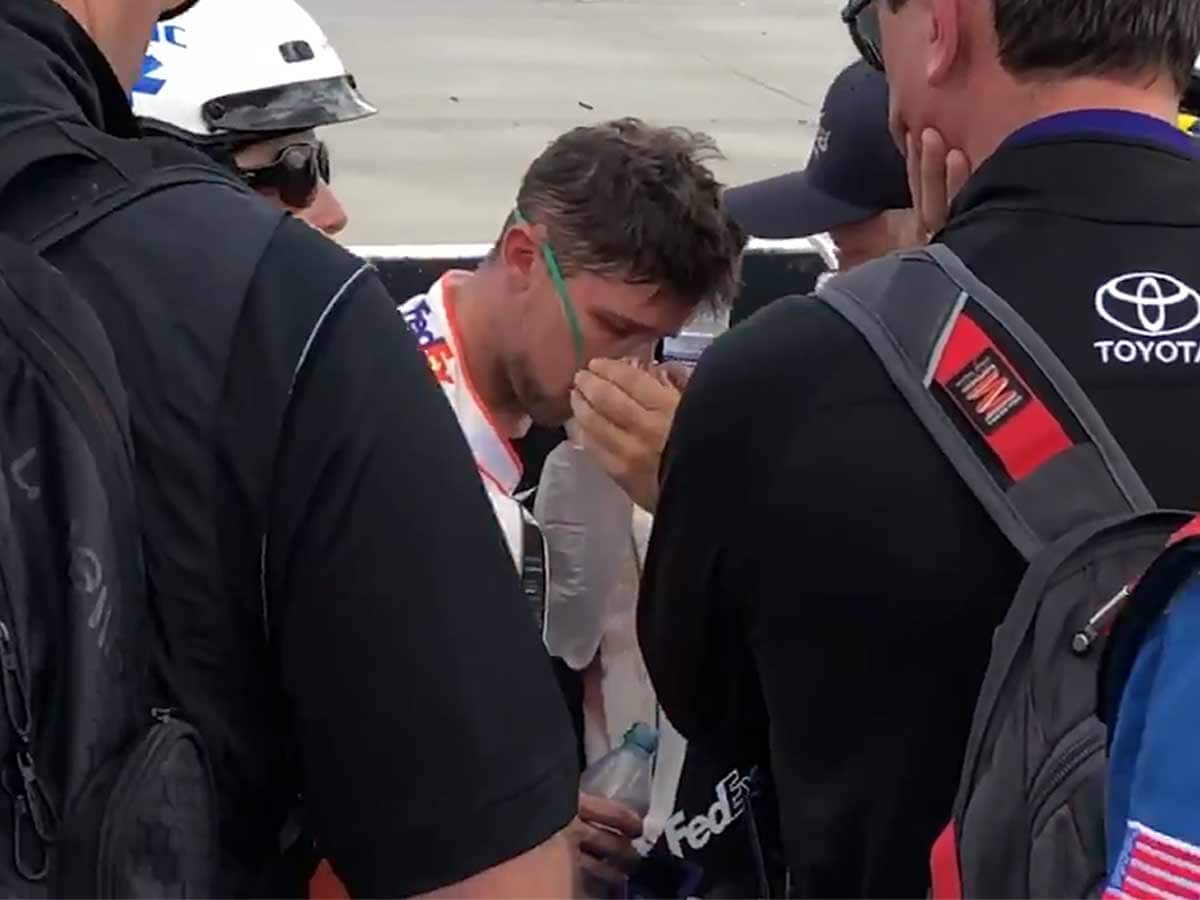 This is scary stuff … NASCAR driver Denny Hamlin fell ill while behind the wheel of his #11 car during a race at Dover on Monday when carbon monoxide gas began seeping inside of his ride.

The 38-year-old says he felt sick and experienced double vision and was treated by medical staff on pit road after he finished the race in 21st place.

.@dennyhamlin was being attended to by medical staff on pit road once he exited his car. Looked exhausted.

He was seen on a golf cart being wheeled away for further treatment. #NASCAR pic.twitter.com/2pEIA6Ac1s

According to the AP, Hamlin’s car had been struck by debris on the track — which knocked out his rear right crush panel and created an opening which allowed the dangerous fumes to enter the inside of the car.

FYI, carbon monoxide poisoning is no joke — it can be deadly if inhaled at high levels.

The good news … Hamlin told reporters he felt much better on Tuesday and expects to race at Kansas Speedway this upcoming weekend.