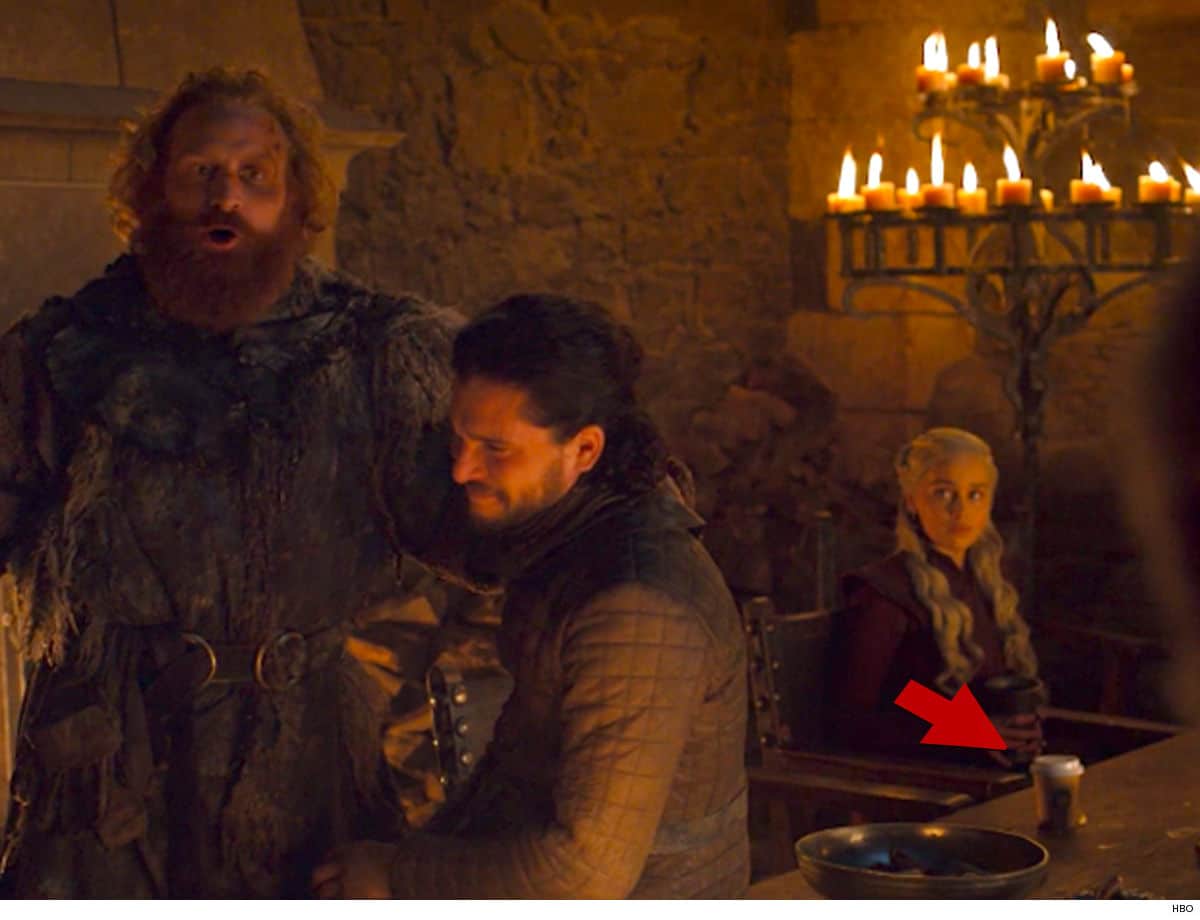 Who Left the Starbucks Cup?!

“Game of Thrones” is down to its final 2 episodes, and while the impending battle between Daenerys and Cersei heats up … somebody might get killed for a Starbucks cup.

Somehow, the hit HBO series — that has spent millions upon millions of dollars and gone to great lengths to shoot some of the most epic and intricate scenes in TV history — made a boneheaded mistake by leaving the branded coffee cup in the middle of a scene.

The Starbucks can be spotted at the 17:38 mark of the episode — the fourth of final season titled “The Last of the Starks” — on a table near Dany as she observes Jon Snow being praised for his valor by his pal, Tormund … and she’s not too happy about it.

Also unhappy — most likely the showrunners, writers, director and script supervisor of the episode.

Unless of course we’re all fools, and we missed a Starbucks being built in Winterfell among all the other twisting plotlines … or maybe George R.R. Martin included it in the books.

More than likely, though, this is just an unexpected gaffe … one that even Bran didn’t see coming.

when you want to be ruler of the seven kingdoms but all anyone wants to talk about is the Starbucks cup you left on the table pic.twitter.com/MOOwXm08nw