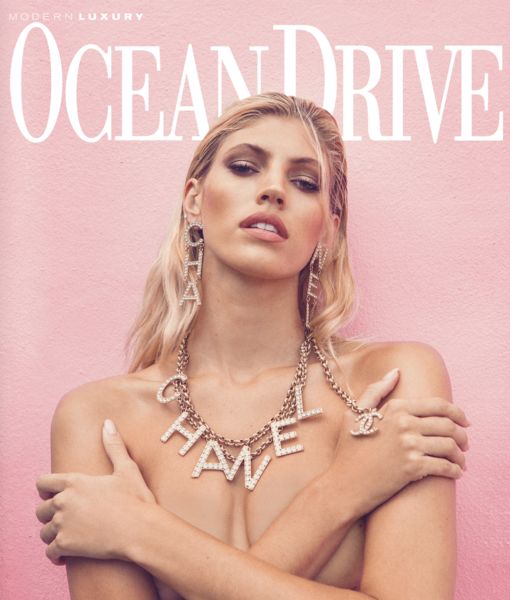 The May issue of Ocean Drive is touched by a Victoria’s Secret Angel in the form of supermodel cover girl Devon Windsor!

Behind even great beauties can lie great insecurity.

Though she’s now a fashion plate and beauty touchstone, the Missouri native says in the magazine that her teen years were tough. “Modeling had never even crossed by mind,” she admits. “I was the tallest, lankiest, skinniest girl in my school and it wasn’t cool to be tall. I never saw myself as beautiful and I didn’t have self-confidence.”

Coming into modeling with “no idea what to expect,” she says she “would get nauseous the morning before a shoot and then I wouldn’t talk to anyone on set. I’d keep to myself, do my job, and leave.” 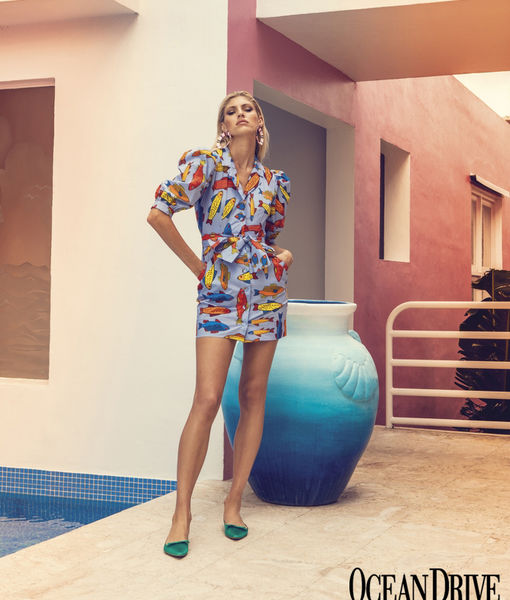 In the feature, she says BFF Olivia Culpo inspired her to become an influencer.

Now a Victoria’s Secret veteran, she recalls thinking “holy moly!” when told she had been selected for a slot in the brand’s iconic show. “There’s nothing quite like walking on that runway. That’s my favorite moment of my career.”

There’s more than walking involved! “Those wings weigh 30 or 40 lbs.! It’s not like light as a feather. We train like professional athletes to get ready for the show. I train two-a-days in the gym six months before the show, but that’s one of the things that makes it so special.” Still, it’s all worth it, because, “It celebrates women, confidence and being yourself. I don’t eat less, I eat more, but I eat healthier because I’m trying to build my butt muscles and get my abs in shape. I’m not trying to look like a waif, I just want to look healthy and strong and sexy, so I feel that way, too.”

Check out more from Devon at OceanDrive.com.