Keira, 34, made a subtle announcement by debuting her noticeable baby bump at a Chanel party in Paris on Thursday, wearing a white-and-tan off-the-shoulder dress. At one point, she even touched her bump while walking past photographers.

The following day, the Chanel ambassador stepped out in a loose, sheer, black dress at the Chanel Cruise Collection 2020 photo-call at Grand Palais in Paris. She joined for the outing by musician husband James Righton.

Though Knightley has attended several public events and appeared on TV over the past few weeks, including “Good Morning America” and “The Tonight Show with Jimmy Fallon,” she was able to hide her pregnancy with loose fashion choices. 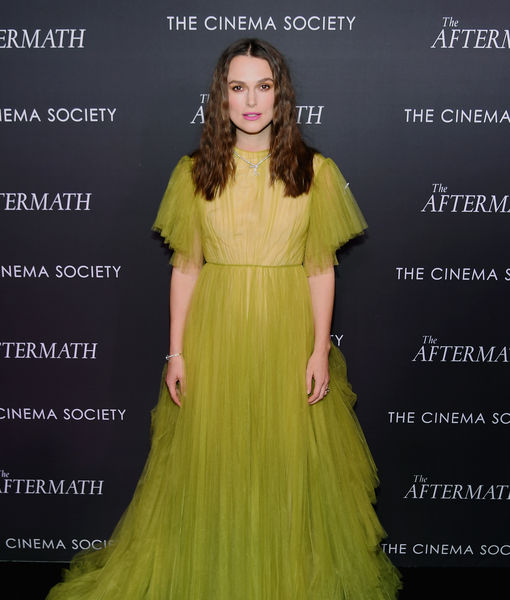 After welcoming Edie in 2015, Keira told Elle, “It’s a very primal, primal love. That’s quite extraordinary. And the ability to have no sleep and continue going. It’s not pleasant — I never thought that I could actually do it for the amount of time that I’ve done it.”

Keira wrote an essay in 2018 for “Feminists Don’t Wear Pink and Other Lies,” in which she shared her delivery experience. In part, she said, “I remember the sh*t, the vomit, the blood, the stitches. I remember my battleground. Your battleground and life pulsating. Surviving. And I am the weaker sex?”

Blake Lively also just revealed that she is pregnant with her third child at the premiere of her husband Ryan Reynolds’ latest film “Pokémon: Detective Pikachu.” She made her surprise announcement in a strapless, sequined yellow gown.

It is unknown how far along Blake is in her pregnancy.