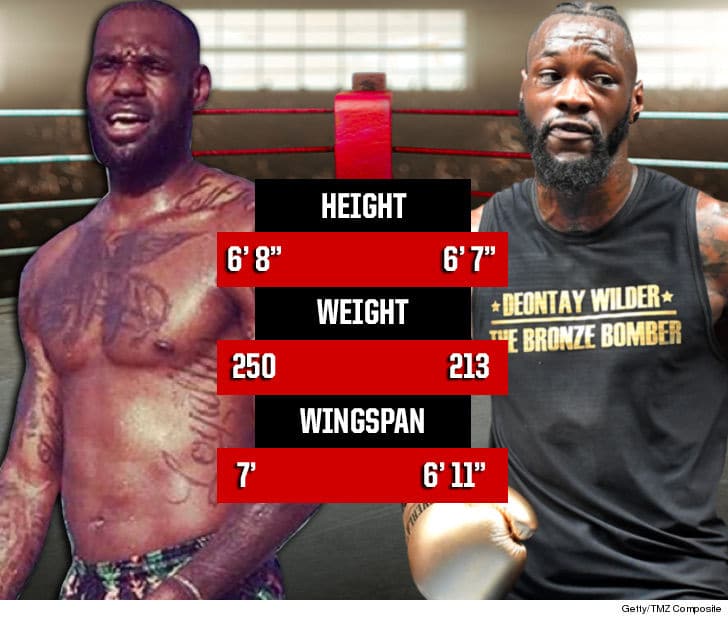 LeBron Would Dominate as Boxer

If the whole “basketball God” thing never happened for LeBron James, he could’ve earned his way as a real-deal professional boxer … and if you don’t believe it, just ask Canelo Alvarez!!!

TMZ Sports spoke with the boxing superstar about partnering with King James for a docuseries leading up to his big fight with Daniel Jacobs … and he says it’s an incredible honor to work together.

So, how would Bron have fared if he took his talents to the ring instead of the court?

“He has the height, the body, the physique. But an athlete of this level — like ourselves — I think we can do other sports fairly well.”

We also had to flip the question on Canelo to ask what sport he’d like to dominate if he didn’t become a boxer … and you’ll want to hear what he says!!

As for the fight with Jacobs on DAZN this weekend, Canelo says he’s feeling good leading up to the huge event on Saturday.