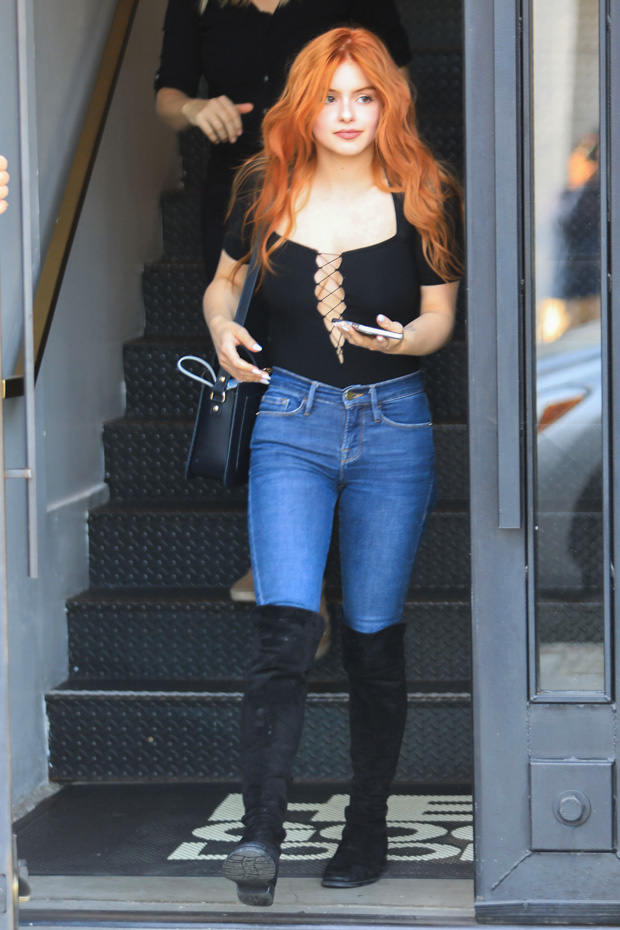 The Little Mermaid — we mean, Ariel Winter — left West Hollywood’s Nine Zero Salon as a red head on May 3. We’re now drawing celebrity comparisons: Isla Fisher? Florence + the Machine? Emma Stone in the aughts? It was a complete 180 from the coffee brown brunette locks that Modern Family fans have long been familiar with. Despite the dramatic transformation, Ariel, 21, wore a relatively casual ensemble — a criss-cross lace-up top and skinny jeans — for her trip to the salon, which has been visited by fellow A-listers like Demi Lovato, Emma Roberts, Katy Perry and even Ariel’s on-screen sister, Sarah Hyland.

This is actually Ariel’s second go at dying her hair red, which she first did in the summer of 2017. However, her earlier red head phase was much more punk rock — think shades of mahogany and cherry. Ariel’s new hair color is a more traditional red, as it straddles the line between strawberry blonde and Bella Thorne’s Disney hair.

Ariel’s decision to part ways with her brunette hair is almost symbolic, considering that ABC announced that Modern Family was renewed for its 11th and final season on Feb. 5. It’s a new era for the budding star, who has played Alex Dunphy on television for nearly a decade. Ariel is ready to close this chapter in her life, which served as her breakthrough in acting — no matter how frightening that may be. “[Ariel and her co-star Sarah] are excited and scared of the unknown but they love that they can go out on their own terms and finish the story as it should be finished,” a source close to the on-screen sisters EXCLUSIVELY told HollywoodLife after news of the show’s renewal.

As premonition for what was to come, Ariel also rocked red in her outfit just one day prior to her salon visit. The ABC star wore the bright shade on a cropped long-sleeved top, which sported dragon motifs, for an outing in Los Angeles with boyfriend Levi Meaden, 31. We encourage Levi to wear some red too, so that he can look the part of Sebastian now.