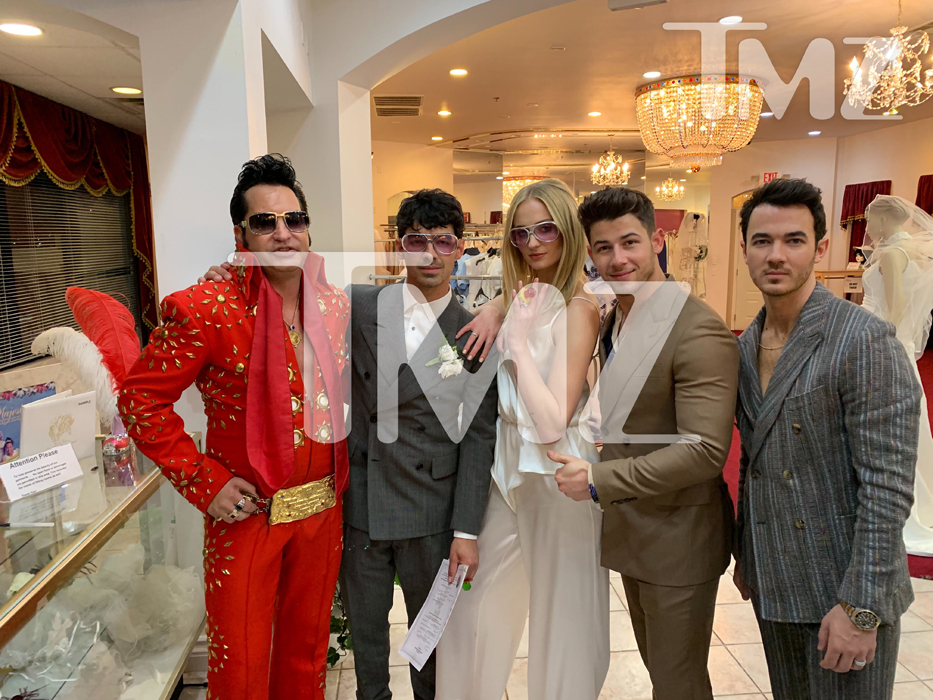 Joe Jonas and Sophie Turner shocked fans when they tied the knot in Las Vegas after the Billboard Music Awards.

Ahead of the nuptials, Joe dropped a tease on the red carpet when Renee Bargh asked if brothers Nick and Kevin were planning the bachelor party.

Joe told Renee, “It starts today,” a hint that wedding shenanigans were in the works.

The 29-year-old added, “I trust these guys. They know what I like.”

He also praised his wife-to-be Sophie for opening up about her mental health on a recent episode of Dr. Phil’s “Phil in the Blanks” podcast. The “Game of Thrones” star revealed she has battled depression.

“It’s a lot,” Joe said. “I think the best thing about it is she can encourage other young people out there who are going through similar stuff and be a voice that they can listen to… I am proud of her.”

Just hours later, Joe and Sophie were saying “I do” in a wedding chapel.

Reverend Elvis, the Elvis impersonator who officiated the wedding, told the site that he was booked for the wedding last week, but was not told who was getting married.

Joe and Sophie booked the whole chapel from 8 p.m. to midnight.

Diplo was the first to post about the nuptials, revealing in his Instagram Stories details of the ceremony.

Sophie walked down the aisle in a Bevza jumpsuit, and Joe wore a gray suit and white shirt. The ceremony included a special performance of “Speechless” by country duo Dan + Shay and ended with Reverend Elvis singing “Viva Las Vegas” on what would have been Elvis and Priscilla Presley’s 52nd wedding anniversary.

Joe’s famous brothers Kevin and Nick served as his groomsmen and wore matching gray suits to celebrate the lovebirds, who announced their engagement in October 2017. 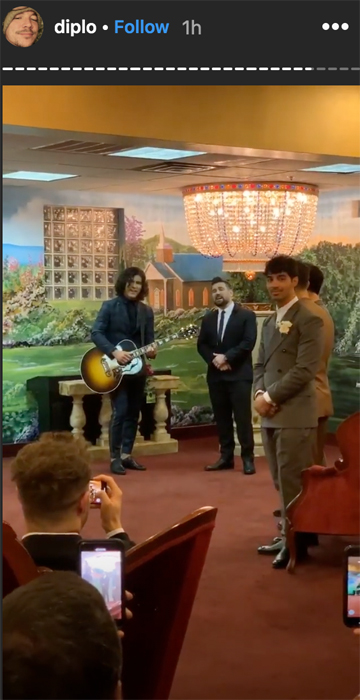 A source told People that Joe and Sophie chose a Vegas wedding to make it legal ahead of a larger ceremony in France. “They had to get married in the States to make it legal, but the wedding is still in Europe,” the insider said.

The festivities followed the Jonas Brothers’ return to the Billboard stage where they performed a medley of songs, including their new hit single, “Sucker.”