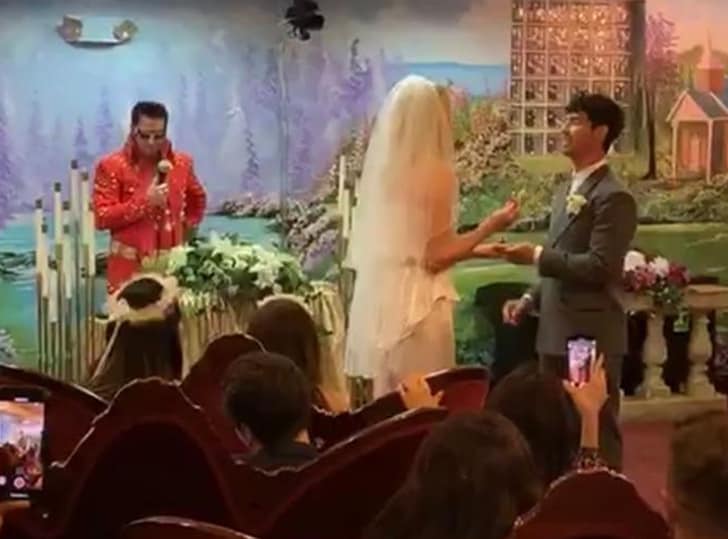 Guess what happened last night?  Joe Jonas and Sophie Turner got hitched, and there wedding could not have been more different than the Nick/Pryanka nuptials.

Here’s the way it went down … The Jonas Bros performed at the Billboard Music Awards Wednesday night in Vegas, and afterward they all beelined it for the Little White Wedding Chapel.  Yup, Elvis is in the building. 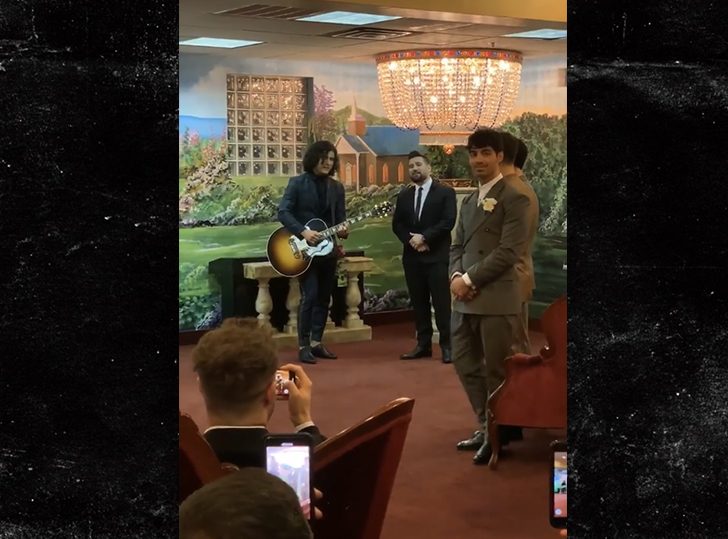 You wouldn’t know a wedding was going down by appearances, because Sophie didn’t wear a wedding dress, although she looked super good in a white blouse and slacks.

So there’s inside the Chapel L’Amour, and the Elvis impersonator comes out and before long Joe and Sophie say to each other, “I promise you, I will never leave you.  I will love and trust you all the days of my life, in sickness and in health, for ever and ever.” 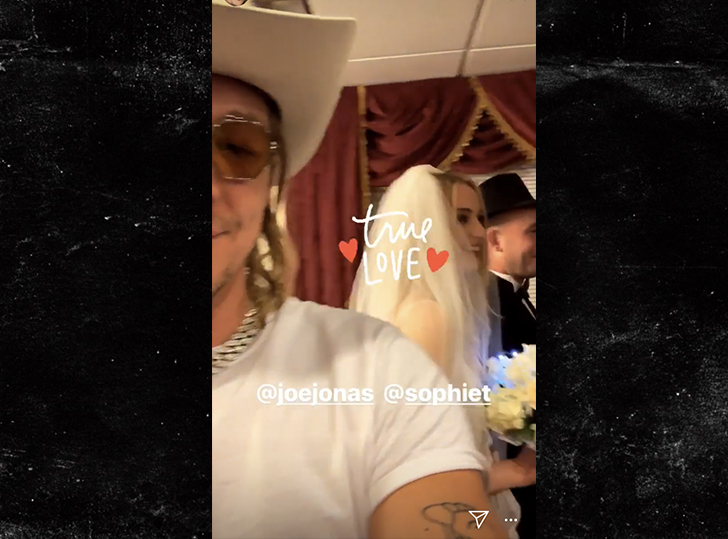 Joe’s bros, Nick and Kevin, looked on as groomsmen, and that was pretty much it.  They followed tradition and posed in front of the Cadillac at the Chapel and they were husband and wife.

Oh, and this … they exchanged ring pops as wedding bands!!!

Turns out they applied for a marriage license earlier in the day in Vegas.  That doesn’t necessarily mean the wedding wasn’t planned — they probably waited to make sure it all stayed secret. 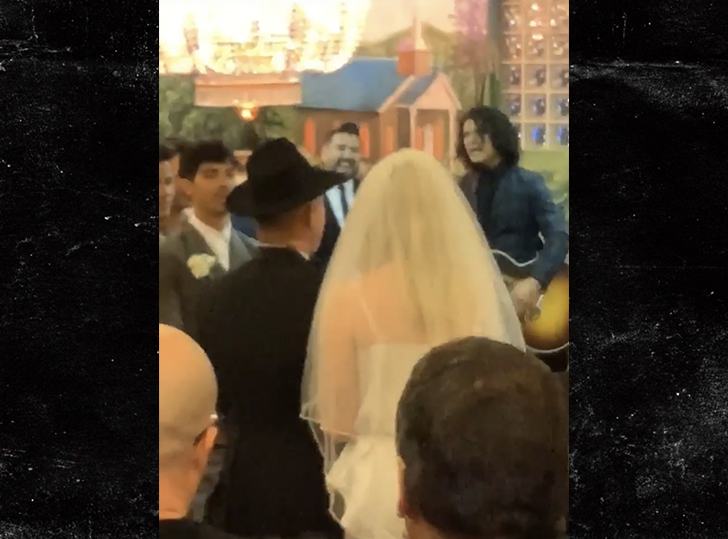 A few celebs were on hand, including Diplo and Khalad … the whole thing was super casual and pretty damn cool.  BTW, Diplo captured the action inside the chapel on Instagram Live.

It COULD NOT have been more different from the endless wedding of Nick Jonas and Pryanka Chopra, which was beyond elaborate and lasted 9 years.