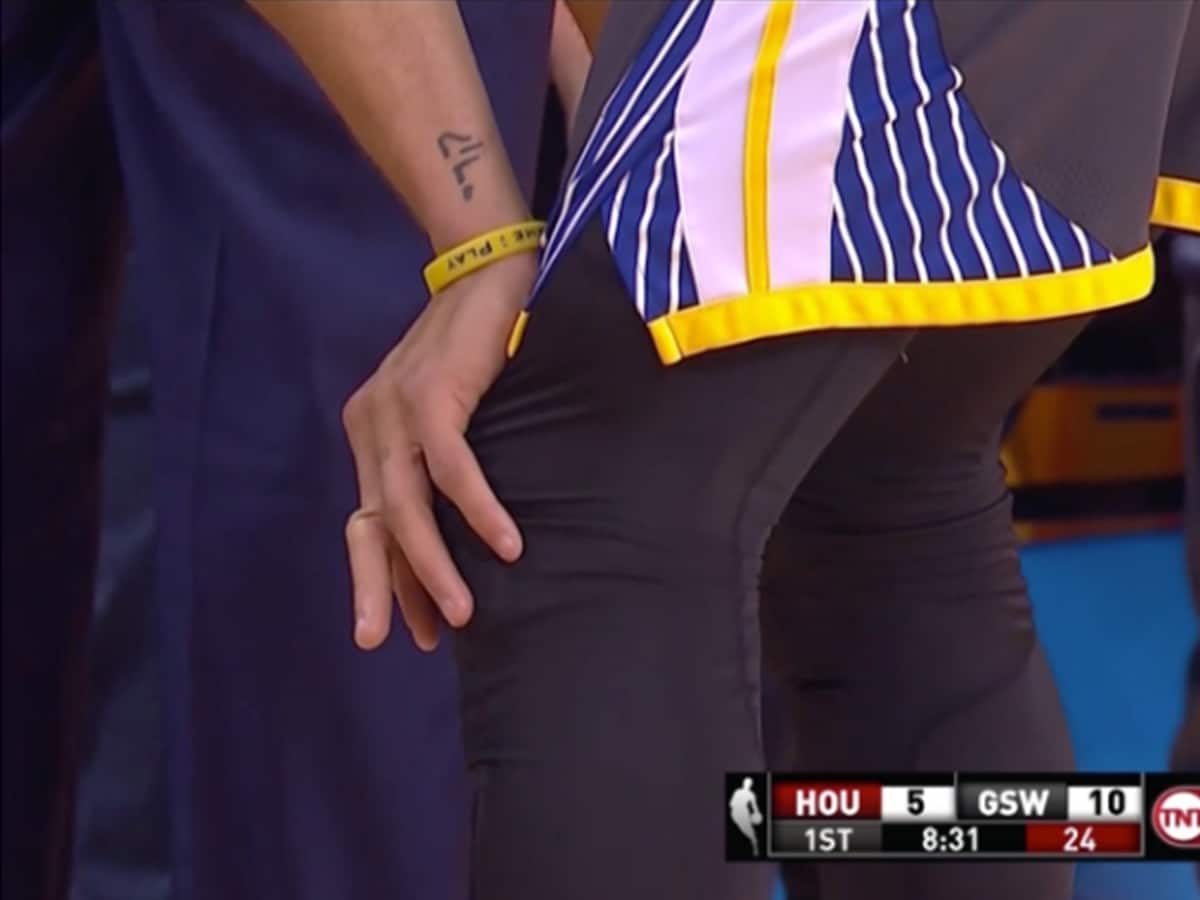 Two things in this photo …

2) Did you also know Steph Curry has a Hebrew tattoo on his left hand?

As for the finger … seems the Golden State Warriors training staff popped it back in and taped it up … and of course, he went back to hitting shots like nothing was wrong.