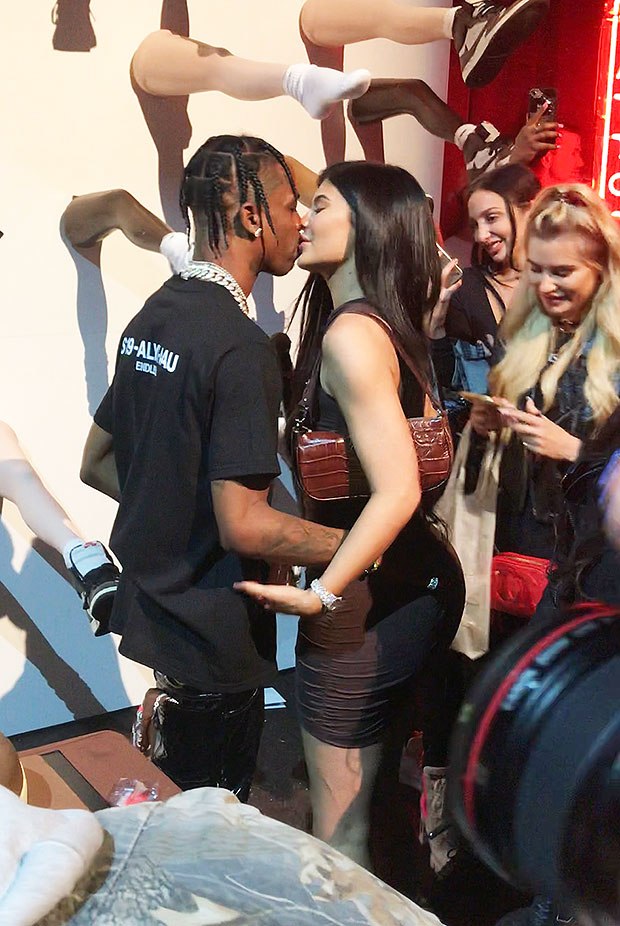 Travis Scott went BIG for his 28th birthday party, and it was all thanks to his ‘wifey,’ Kylie Jenner, who threw him a totally epic bash. During the party, the two even shared a sweet kiss for the cameras!

Kylie Jenner, 21, went ALL out for her man, Travis Scott’s, 28th birthday party on April 30! The beauty mogul rented out Universal Studios to put together the party, and she revealed on her Instagram story that she served as ‘creative director’ for the entire thing. Guests rode up to the bash in a creepy elevator that gave off fun house vibes, and the lighting was super dark throughout the party to give off a haunted mansion feel. One entire room was decked out like a convenience store, with the products all ‘Travis Scott’ themed. There was even a Slushee machine that made Hennessy Slushees! Oh, and Kylie had a tattoo artist on-hand to give attendees some fresh ink, too.

At one point during the party, Kylie and Travis shared a passionate kiss in front of everyone. She looked amazing while showing off her figure in a skintight dress for the occasion, while he wore all-black and some major bling. This party came just five days after Kylie threw Travis another bash, which was Avengers-themed, on April 25. The party came on the same night that Avengers: Endgame was released, and Kylie, Travis and their daughter, Stormi, adorably dressed up as superheroes to celebrate.

Of course, in addition to these parties, Kylie also made sure to send love to her man on social media for his big day. The part of her message that had fans talking the most, though, was when she wrote, “Let’s f*** around and have another baby.” Kylie gave birth to their first child, Stormi, in February 2018.

Oh, and when it came to a birthday present, Kylie spared no expense — she gave Travis a $280,000 silver Lamborghini! He shared a photo of the new whip on his Instagram story and wrote, “Wifey you go in every time.” It’s a good life for these two!