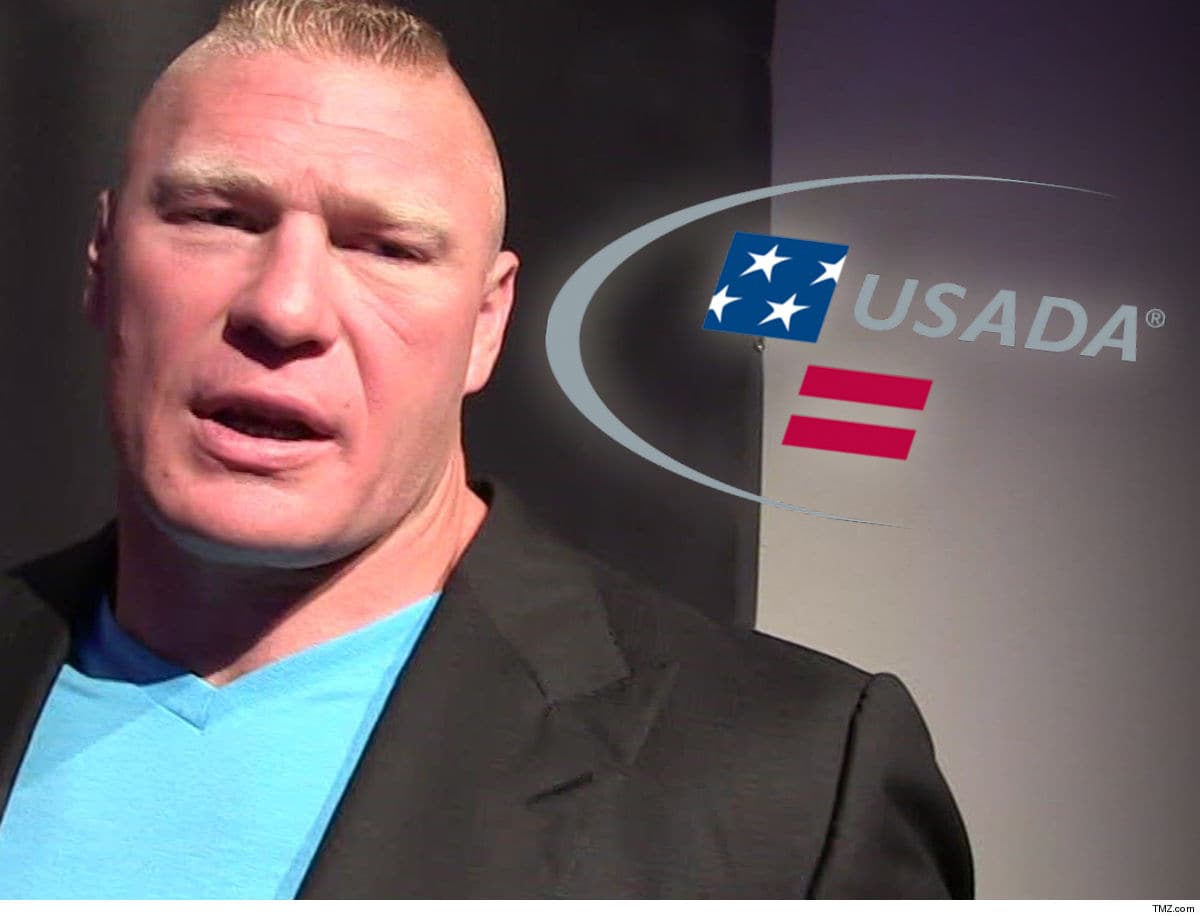 Brock Lesnar was submitted to official PED testing just WEEKS before he told Dana White he was retiring from MMA for good, TMZ Sports has learned.

We spoke with a rep for the United States Anti-Doping Agency which performs all of the testings on UFC fighters and confirmed Lesnar has not only been in the testing pool, but submitted 9 samples over the past year.

In fact, Lesnar submitted two tests in 2019 — once in the 1st quarter (January through March) and at least once in April.

USADA confirms Lesnar was tested once between April 1 and April 18. We’re checking to see if he was tested after April 18.

USADA would not disclose the results of Lesnar’s recent tests.

Lesnar has had problems with USADA in the past — he tested positive for the banned substance clomiphene after his UFC 200 victory over Mark Hunt. That victory was later overturned and Lesnar was suspended for a year because of the positive test.

Of course, the UFC had been gunning to book Lesnar for a title fight with heavyweight champ Daniel Cormier.

Lesnar famously stormed the Octagon back in July 2018 and shoved Cormier in what appeared to be an obvious publicity stunt to drive interest in the fight.

Both Dana White and Cormier have talked openly about wanting to make the fight happen.

But this week, White told ESPN the Lesnar fight is off because Brock informed him he is retiring from MMA.

Instead, the UFC is now finalizing plans for Cormier to rematch Stipe Miocic instead.