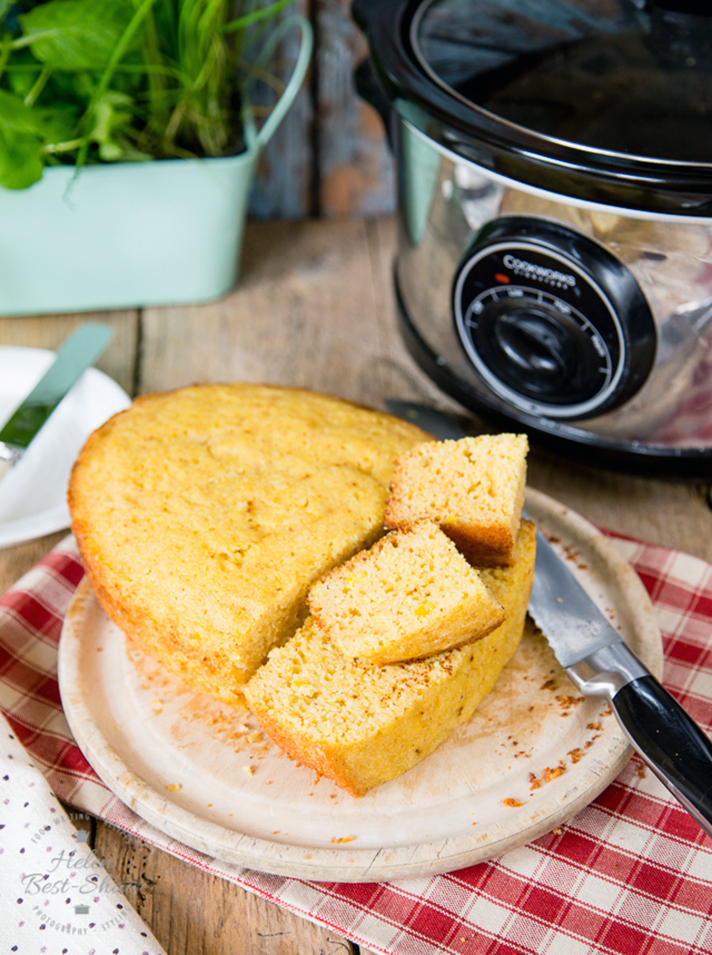 Come summer, I’m all for cooking as much food on the grill as possible. I love the slightly charred taste of grilled food and the way it cooks just a little bit unevenly—vegetables that are blackened at the edges but still al dente inside, and meat with a charred crust and an almost-rare center. Plus, grilling outside keeps you from having to turn on the oven and add more heat to your already hot house. The thing is, a grill can only fit so much food at once, so while it’s great for cooking up a main dish, there isn’t always room for sides, which is where these slow cooker BBQ sides come in.

Plenty of summer side dishes don’t need to be cooked at all—think umami-packed tomato and burrata salads, or crispy coleslaw with just enough mayo—but for those that do, I prefer to use a slow cooker. If you think ‘summer slow cooker’ is an oxymoron, I don’t blame you. One of the slow cooker’s best and most famous tricks is that it can turn inexpensive, tough cuts of meat into tender, pull-apart piles of wintry stews and braises. The results are pretty damn impressive, but not exactly the kind of thing you crave in warmer summer months.

The slow cooker—or crock pot— can do pretty much everything your oven does (except turn your kitchen into a midsummer sauna). Plus, the set-it-and-forget-it nature of the slow cooker means that it’s great for preparing party side dishes ahead of time and not having to think about them until it’s time to eat. Whether your cooking for two minutes or 20, here are the 14 summer slow cooker side dishes you need to know about.

No summer barbecue is complete without a big pile of cornbread. And sure, it’s pretty easy to bake your batter in a skillet, but it’s even easier to pour that batter right into a slow cooker and let it do it’s thing. You won’t have to worry about burning the edges or the top, either, since the slow cooker method means that everything will cook more evenly.  Get the recipe here.

2. Slow Cooker Corn on the Cob

Full disclosure: With this recipe, you won’t get intermittently charred kernels like you do when you cook corn on the grill, which is a bummer. That said, corn for a crowd takes up a whole lot of grill real estate that might be better used for cooking up burgers or dogs, so this set-it-and-forget-it alternative is great for a party. Plus, the cobs cook in a bath of melted butter, so you know they’ll be delicious. Get the recipe here.

Far more delicious than the green bean dish you might eat on Thanksgiving (in my opinion, anyway), this one is studded with bacon and sauced with a tangy mixture of ketchup and barbecue sauce. Get the recipe here.

Ever tried a hot dog topped with mac and cheese? If not, you should definitely add it to your summer to-do list. Get the recipe here.

Can you heat canned baked beans to serve alongside your burger spread? Sure. Will those canned beans be laced with booze and bacon? Nope. Get the recipe here.

If you think ratatouille sounds fancy and French, that’s because it is. While traditional ratatouille involves precise knife cuts and several pots and pans, this more rustic slow-cooker version cuts way back on the effort but still produces a hearty, umami-packed summer vegetable stew. Get the recipe here.

Whether you serve the baked potatoes as is, or dice them up for potato salad, these no-fuss spuds come out perfectly every time. Get the recipe here.

No, you don’t need to make your own ketchup from scratch. But if you do, it’s a surefire conversation starter. Plus, the slow cooker does all the work for you. Get the recipe here.

Meat and potatoes make a great pair, but that doesn’t mean you can’t cook one on the grill and the other in your slow cooker. Get the recipe here.

Just a Little Bit of Bacon.

Polenta is most often served with braised meat, but if you’re slow cooking a big cut of beef or pork on the grill, you’ll end up with a similar kind of super tender meat that works really well with this creamy side. Get the recipe here.

Cauliflower is the trendiest vegetable around, and this is the perfect way to include it in any summer spread. Get the recipe here.

Maybe you don’t think of tomato soup as a side dish and, well, you’re not wrong. But, if you find yourself with a plethora of peak-season tomatoes and need a way to serve ‘em up, this easy recipe is great as a side for grilled cheese (obviously), or as a first course to keep your guests happy while your meat rests. Get the recipe here.

It isn’t a party without dip, and this sweet-spicy version is great for both scooping up with chips as an appetizer, and then later alongside a perfectly charred steak. Get the recipe here.

What pairs well with buffalo chicken tater tot casserole? I think the better question is: What doesn’t? Get the recipe here.

A version of this story was originally published in 2018.