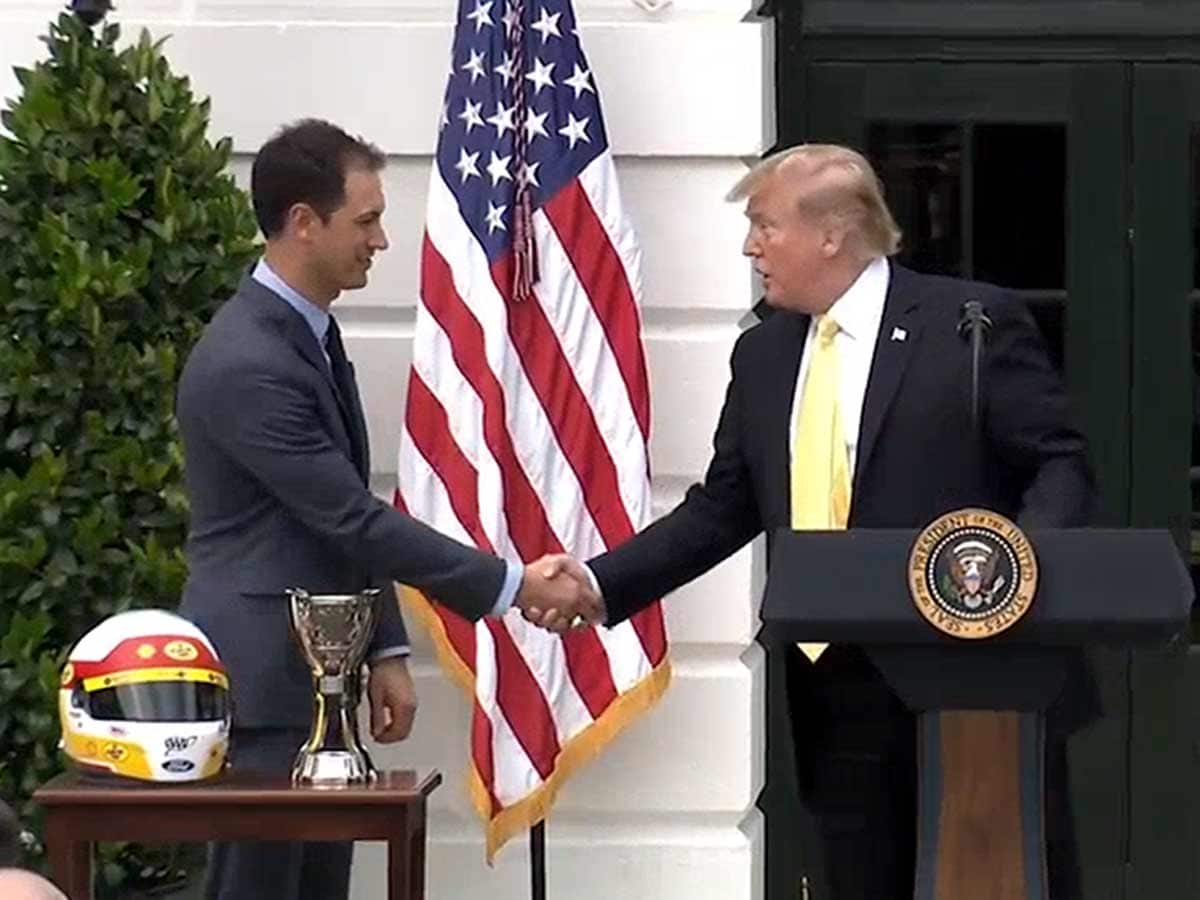 Another day, another athlete honored at the White House … this time, President Donald Trump held a special ceremony for NASCAR champ Joey Logano.

“It’s my pleasure to welcome to 2018 NASCAR Cup Series champion Joey Logano and Team Penske to the White House,” Trump said on Tuesday.

Trump also shouted out Joey’s wife and their son, Hudson — noting Joey celebrated the championship by placing Hudson in the trophy.

“That was quite a scene,” Trump explained.

Trump says he considers himself a NASCAR fan and says he’s been good friends with team owner Roger Penske for years.

Trump referred to the 82-year-old as “one of the truly great people of our world.”