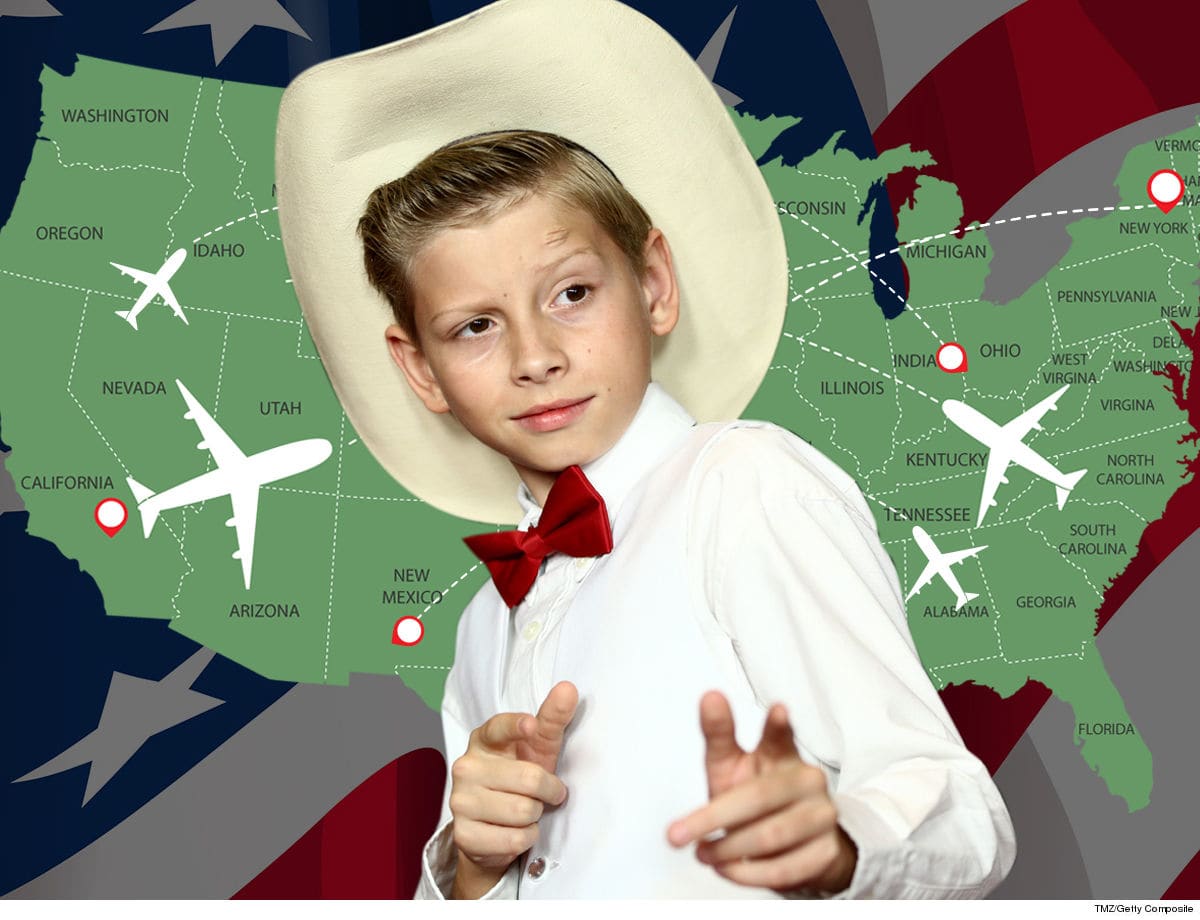 No Stagecoach for Me But

Yodel Kid’s absence at Stagecoach this weekend was a huge bummer … but he’s got a fix to cure your blues … ’cause TMZ’s learned he’s gearing up for a massive fall tour!!!

12-year-old Mason Ramsey — the boy who became famous after yodeling at a Walmart in Illinois — will announce next week a 30-date fall tour set to kick off October 3. We’re told his yodeling will echo across all major markets … including NYC, Nashville, Philly and L.A.

Mason’s about to wrap up his 11-date How’s Your Girl and How’s Your Family tour, which he launched back in March. His final show went down Saturday in Milwaukee and he’s been killing it everywhere. Check out the clip … Mason surfed the crowd on an inflatable horse earlier last week in Ohio … and the crowd ate it up.

Mason’s enjoyed incredible success since video of him yodeling Hank Williams‘ “Lovesick Blues” in 2018 at a Harrisburg, IL Walmart blew up. It led to an appearance on ‘Ellen’ and gigs at Coachella and Stagecoach … where he actually upstaged Florida Georgia Line. Mason’s truly a global superstar … his single, “Famous,” has racked up nearly 40 MILLION streams on Spotify.

In short … the kid’s legit and clearly, he’s in hot demand.