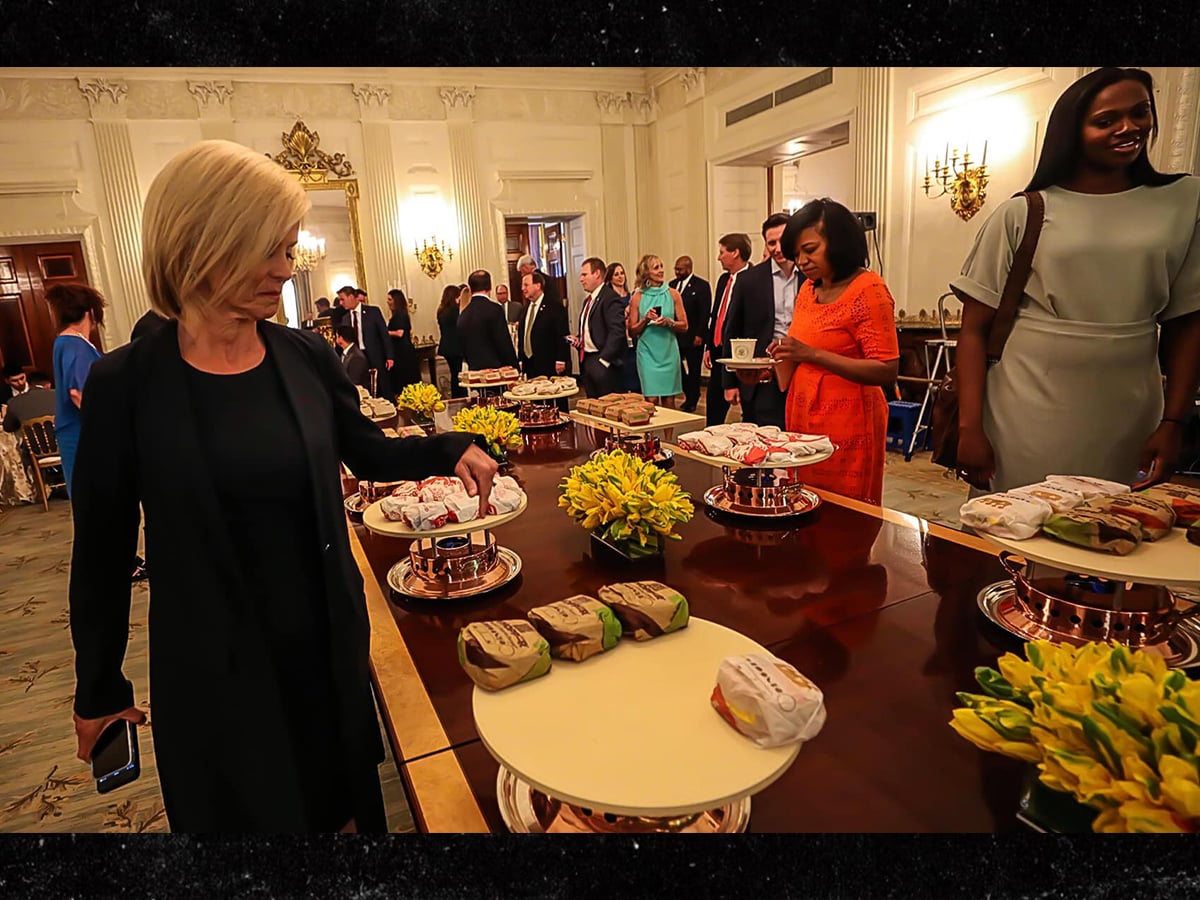 It’s becoming a tradition unlike any other — win a national title, get a fast food smorgasbord from President Trump … and Baylor head coach Kim Mulkey‘s face says it all.

The Lady Bears celebrated their title at the White House after beating Notre Dame in the NCAA Tournament earlier this month … and of course, there was all the Wendy’s, McDonald’s and Burger King they could eat.

It looks like the players were cool with the menu — but how did Coach Mulkey feel? Just look at the pic …

The fast food feast all started back when Clemson visited the White House during the government shutdown in January … and at the time, Trump explained the menu by saying, “I would think that’s their favorite food.” 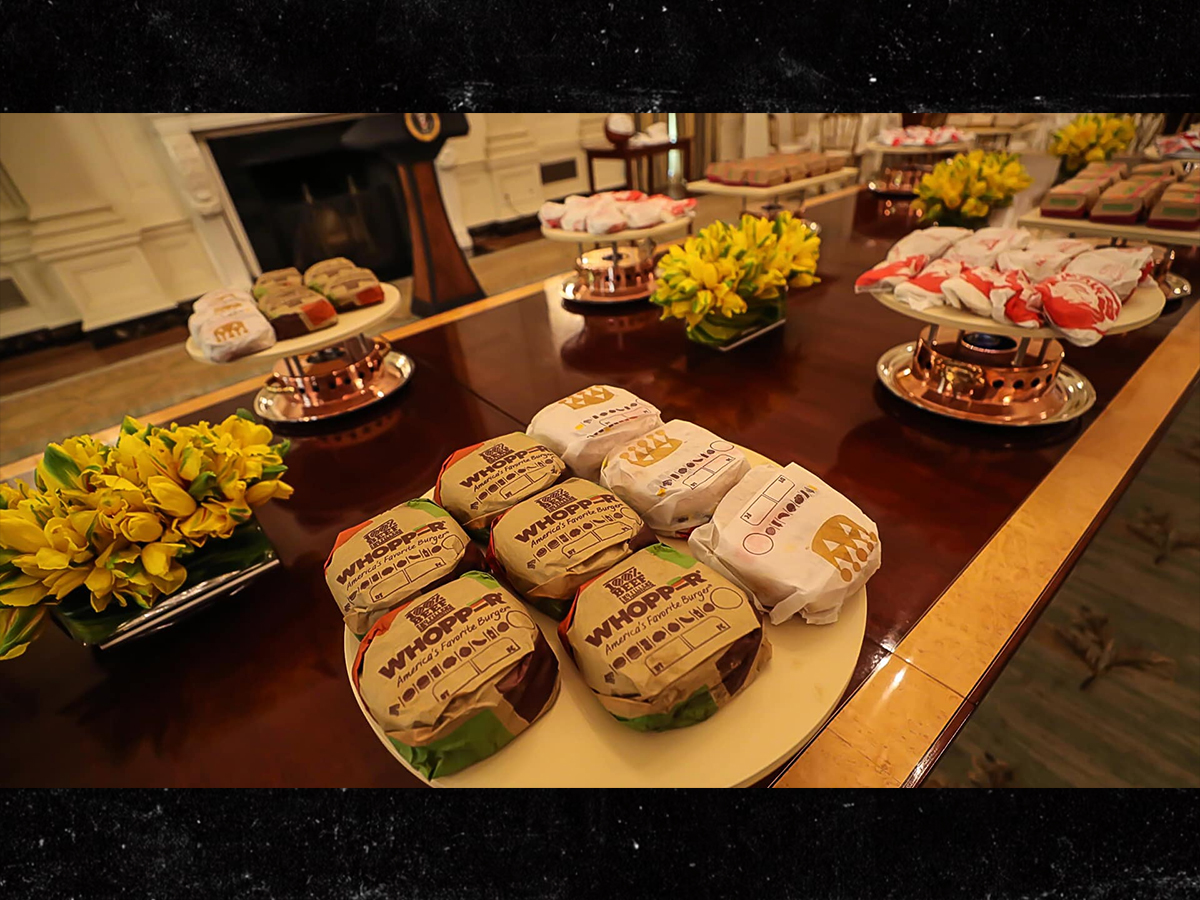 We should note — Trump hasn’t busted out the burger love for EVERY championship team that’s come to visit … the Washington Capitals didn’t get ANY food when they rolled through last month. 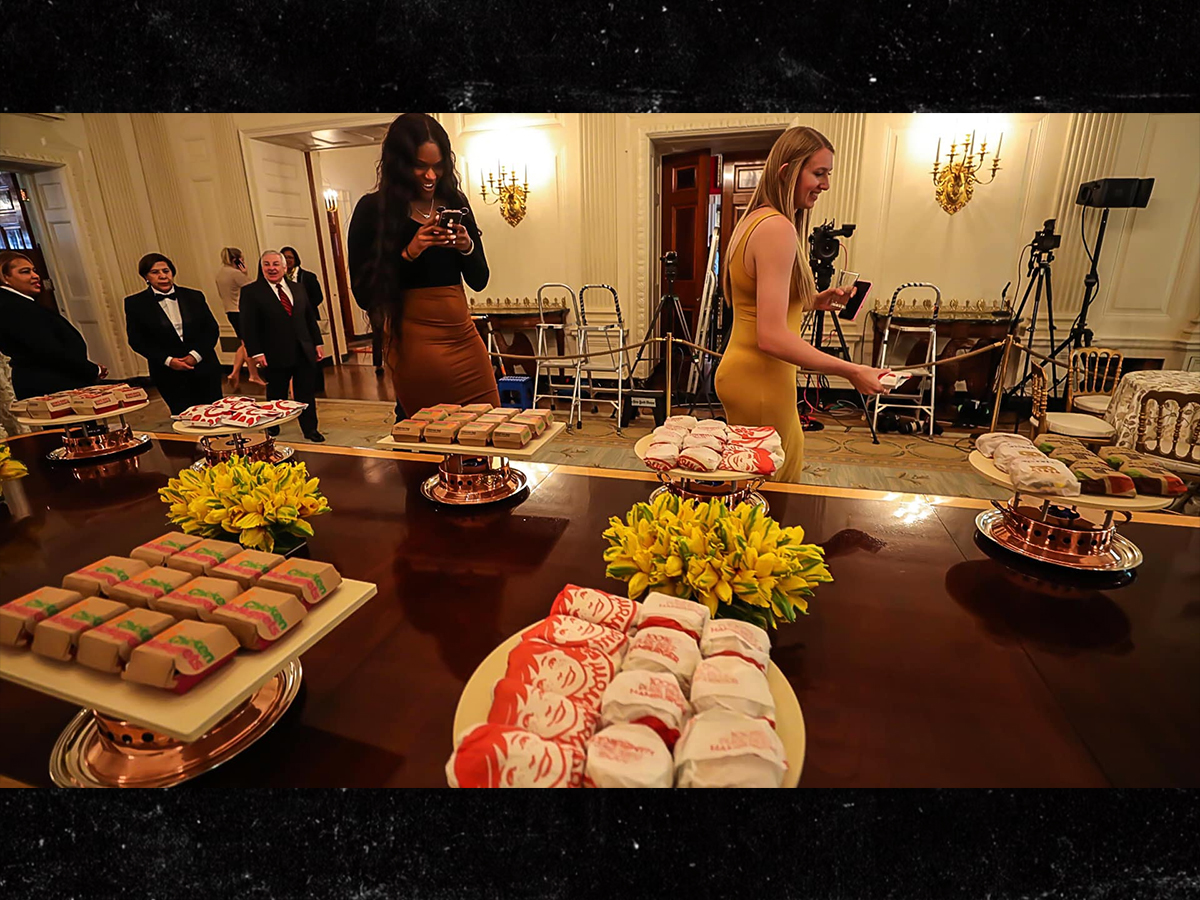